CAUGHT ON VIDEO: Teen pushed off bridge in Washington 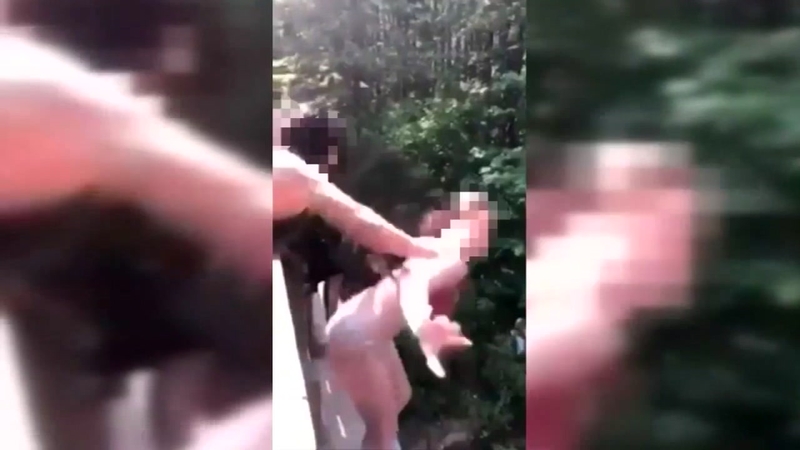 Teen injured after being pushed off bridge

Terrifying video has surfaced of a 16-year-old girl being pushed off a bridge more than 60 feet high in Washington, just northeast of Portland.

The girl was walking on the Moulton Falls Footbridge near Yacolt. Jumping off the bridge is illegal, CNN reports.

That teen's mother says her daughter suffered five broken ribs, a punctured lung and could have been killed.

"Recovery is going to be slow with her ribs and her chest, so we're still at the hospital and we don't see any hopes of leaving today anyway," the victim's mother, Genelle Holderson, told CNN.
Now the teen's mother is asking whoever pushed her daughter to come forward.

"She should probably just turn herself in, realize what she did was wrong. This is not okay," Holderson told CNN. "She could have killed my daughter."