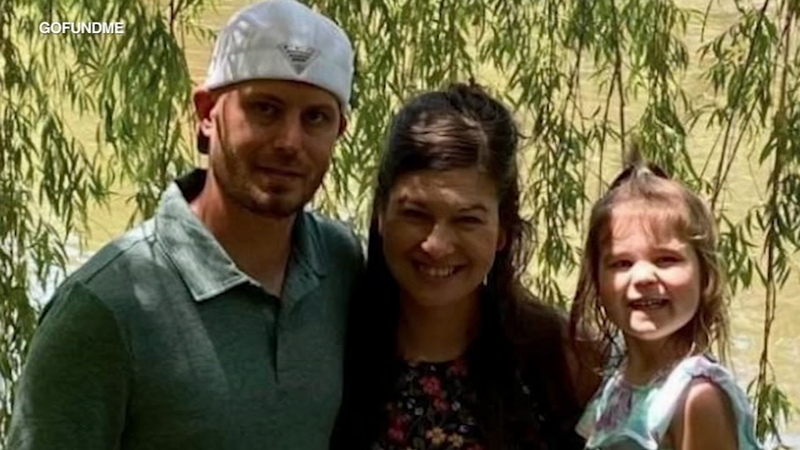 WOODRIDGE, Ill. (WLS) -- A Woodridge woman who was seven months pregnant was seriously injured and lost her baby after being struck by a tree during Sunday night's tornado.

Katie Wilson's husband Bryan said his wife was badly injured when a tree crashed through their roof as they sought shelter from the tornado. He did not give any details on what her injuries were, but did say she lost their child due to them.

She was initially taken to Good Samaritan Hospital and then transferred to University of Chicago Hospital for further treatment, her husband said. He said doctors have told him that only time will tell if she survives.

The couple have a 4-year-old daughter as well. A GoFundMe campaign is raising money for both Wilson's medical expenses and the funeral costs for her unborn child.