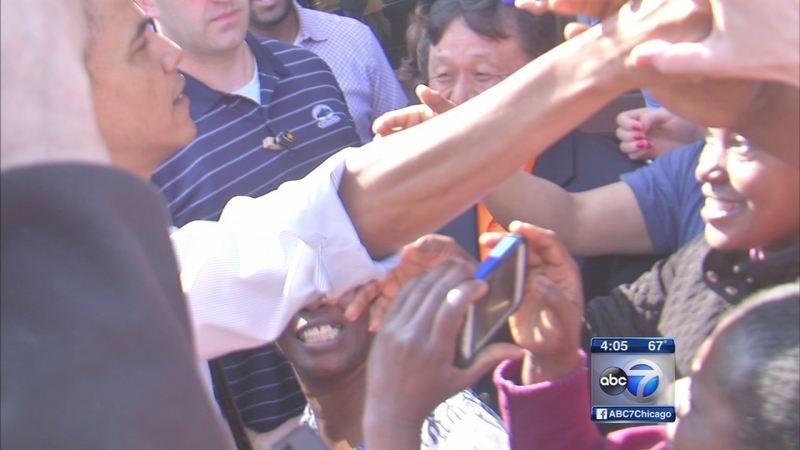 CHICAGO (WLS) -- President Barack Obama woke up in his Kenwood home Friday morning and had breakfast at a local favorite- Valois Cafeteria, where he greeted staff and took pictures with other diners.

Obama was in town for a night of fundraising. He was here for fewer than 24 hours.

On Friday morning, Obama met Gov. Pat Quinn for breakfast at the restaurant, which has a cabinet full of Obama mugs and clippings on the wall. A separate menu board features "President Obama's favorites," which included N.Y. steak and eggs. However, the president strayed from that list, ordering two eggs over easy with bacon and hash browns. 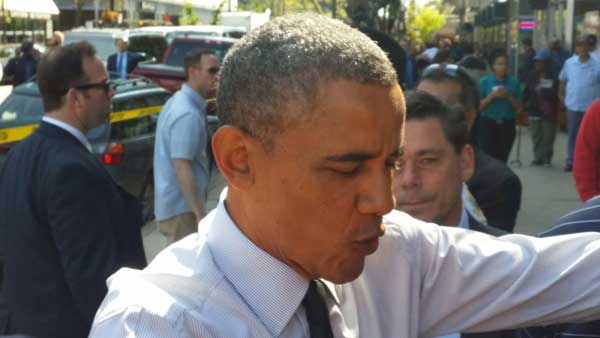 Obama visits Valois before heading to O'Hare
President Barack Obama stopped at Valois for breakfast before heading back to Washington.
He ordered at the counter of the casual restaurant, greeting the cooks and staff with "good to see you." His breakfast was served on a plastic tray.

"It's just really exciting. It's great for the restaurant. It's good for the community. It's just exciting all the way around," John Colamussi, Valois Cafeteria, said

Obama put down two $20 bills to pay for his food. After breakfast, Obama stopped to take photos with people who were outside the restaurant.

"It was a wonderful opportunity. I'm very proud to be an American," Damone Coachman, who got a few selfies with the president, said. 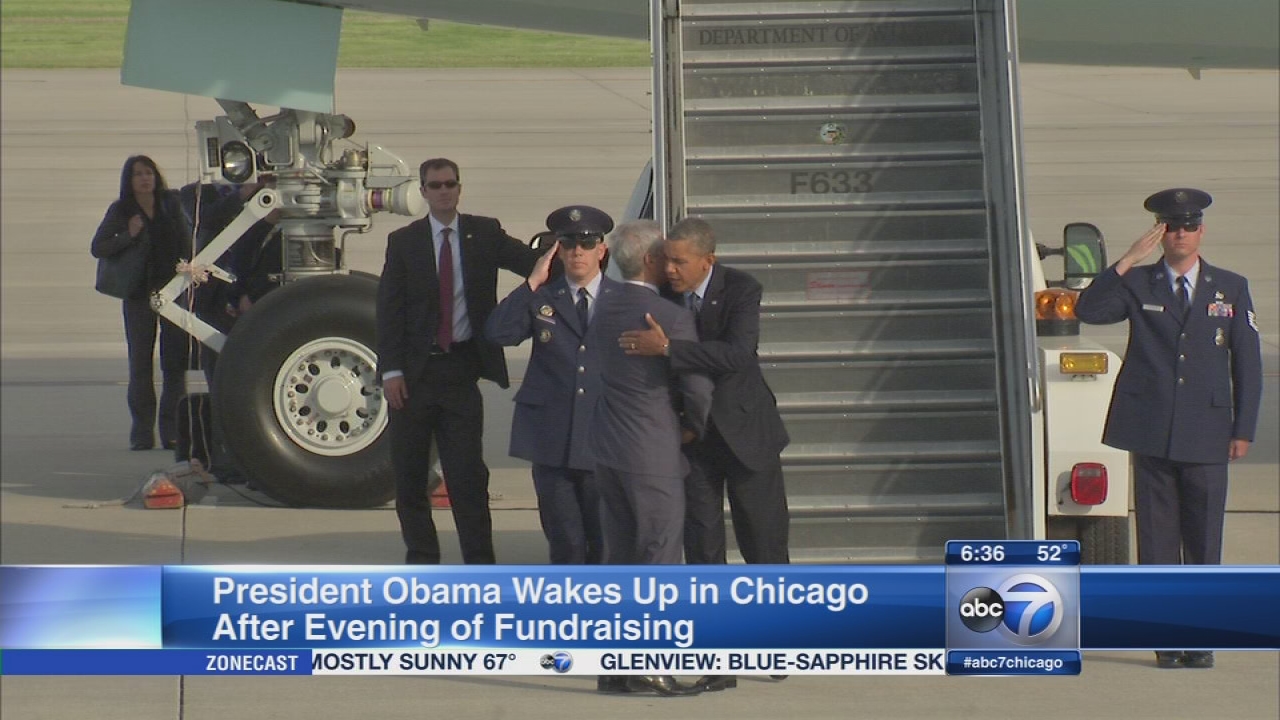 Obama spends time in Chicago after Durbin fundraisers
President Obama began his day at his Kenwood home after a night of fundraising in Chicago.
Around 9:45 a.m., he departed for Northerly Island, where he caught Marine One. Air Force One was waiting for him at O'Hare International Airport and he took off at 10:25 a.m.

Obama was in town to support Senator Dick Durbin. His first stop was in the Gold Coast, where the Restrepo family waited with a homemade sign. The second was in Lincoln Park.