President Obama in Chicago for 2 fundraisers 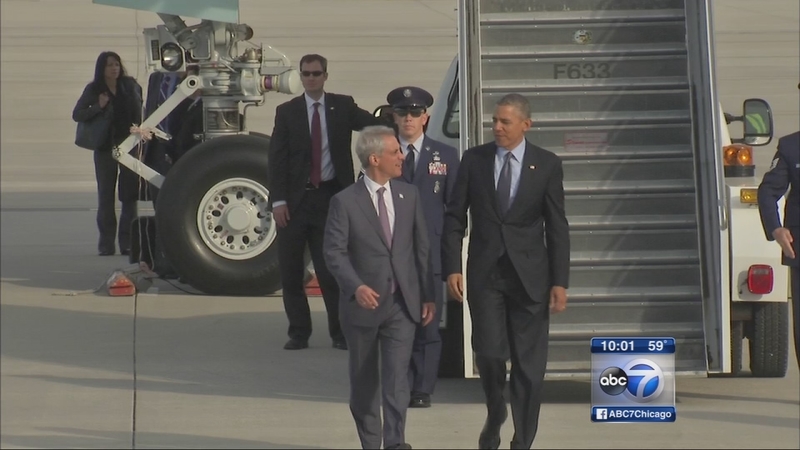 President in Chicago for pair of fundraisers

President Obama was greeted at O'Hare just before 6 p.m. by his former chief of staff, Mayor Rahm Emanuel. The two boarded Marine 1 to the Lakefront, where Obama made his way to the first of two fundraising stops for Senator Dick Durbin. 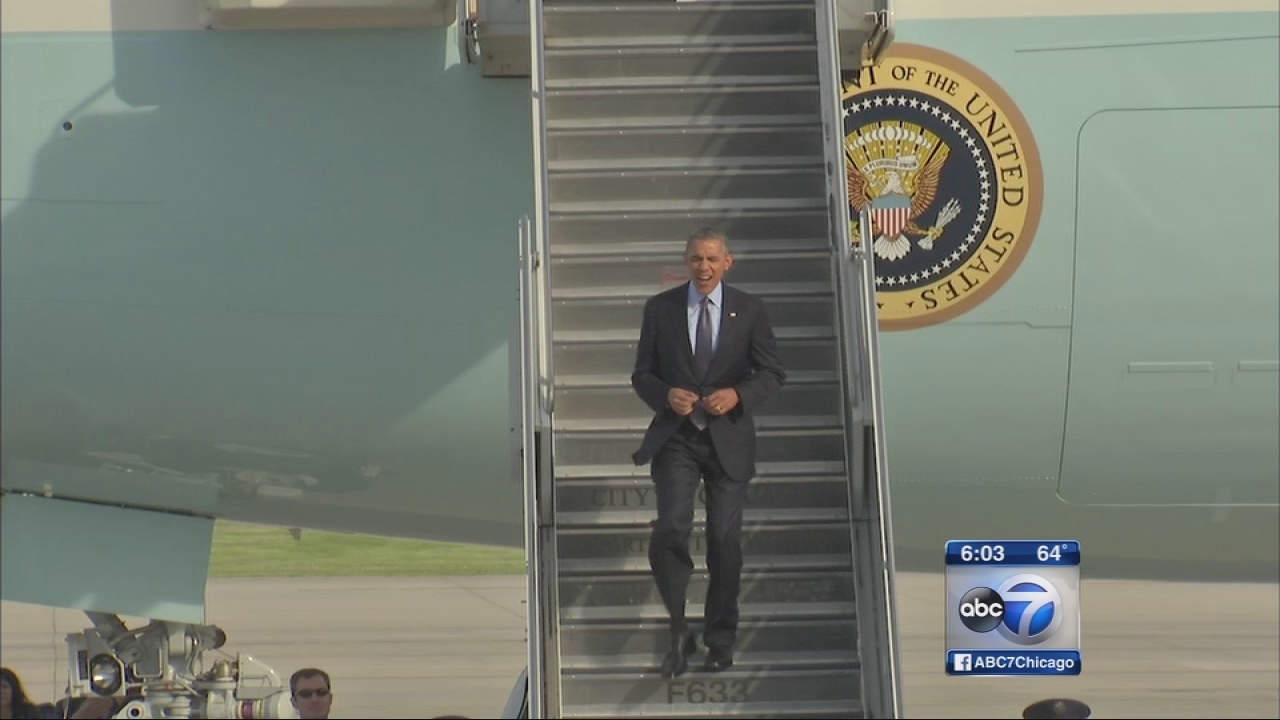 His first stop was in the Gold Coast, where the Restrepo family waited with a homemade sign.

"I saw the president, he waved, it was really exciting!" said Elena Restrepo, 9.

President Obama attended the $15,000 per guest fundraising reception at the home of Michael and Tanya Polsky in the city's Gold Coast neighborhood. Michael Polsky is the CEO of Invenergy.
The president's next stop was a $35,000 per plate dinner at the Lincoln Park home of media mogul Fred Eychaner, chairman of Newsweb Corp. and one of the biggest Democratic donors in the nation.

Obama addressed both fundraisers, touching upon the economy, Obamacare, and immigration.

"I don't think people realize what a great job Sen. Durbin has done in Washington, D.C.," said former Illinois Treasurer Alexi Giannoulias. "The power that he has in that town and what he's able to do for folks back home."

"I'm not surprised that someone who supports the president or other politicians might also support us," Rauner said.

Sen. Durbin is running for his fourth term. As majority whip, he is the second highest-ranking Democrat in the senate, a heavy favorite in the fall over Republican State Senator Jim Oberweis.

"People who have some influence in the community are finally deciding we need to re-evaluate this, take another look at this and look at other options," said Rev. Cory Brooks, an Oberweis supporter.

Brooks, a South Side pastor, has endorsed Oberweis, saying Democrats for too long have taken African American voters for granted. Brooks notes crime and chronic unemployment in black neighborhoods has worsened during Durbin's terms in office.

"Insanity is doing the same thing over and over trying to get different results," Brooks said. "And I think that for so many of us in our community, we're experiencing a lot of insanity."

Brooks has joined other well-known African American clergy in supporting Republicans this year. Democrats are hoping that President Obama's endorsement of Durbin and Quinn will counteract and have a greater impact on black voters.