'This fight has just begun': Organizer shares message ahead of Chicago march for Black trans lives 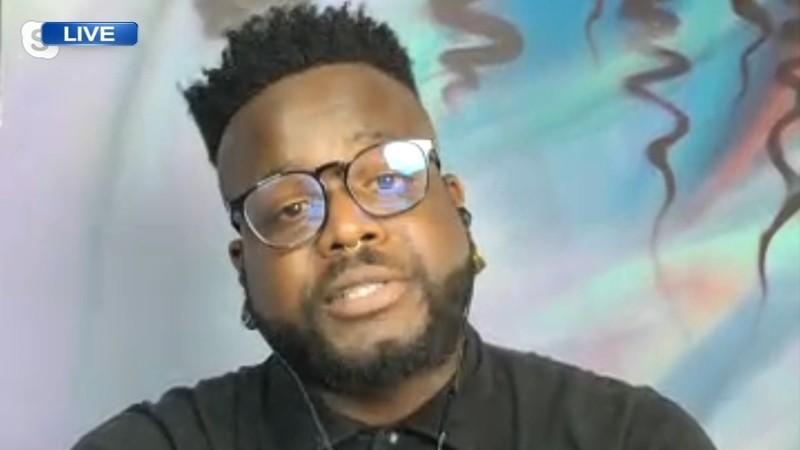 CHICAGO (WLS) -- Pride celebrations, like so many other events, are looking different this year. In Chicago, the annual parade was canceled due to the COVID-19 pandemic, and it's making way for a Black Trans Lives Matter march on Sunday.

ACTIVATE: CHI is helping organize the 11 a.m. march, which begins in Uptown and ends with a rally at Grant Park. The group is a collective of over 20 multicultural and multigenerational community organizers who initially were brought together to seek justice in the police killings of George Floyd, Breonna Taylor, and Tony McDade.

Brown said there's a difference in the struggle of someone who is white and transgender, compared to a transgender person of color.

"Just with what we're experiencing now as we can see, Black trans folks are twice marginalized. Not only do they have to face transphobia but they also have to face being a person of color as well," Brown said. "Black trans folks experience disproportionately higher rates of housing insecurity, police violence, unemployment and that's discrimination based on their perceived sex and a lot of times, Black trans folks - because of the wealth gap - aren't afforded the safe spaces to transition or the mental health facilities that they need to transition. So society ends up labeling them as not worth anything."

"Fifty-one years ago, Marsha P. Johnson - who was a Black transgender woman - threw the first brick that started the protests that we now know as Pride at Stonewall. And years and years have gone by and we have celebrated a white-washed version of what that means, while we have erased Black trans people from the identity of Pride," Brown said. "We're seeing that they're being murdered disproportionately and that today and tomorrow and the day after that, it is important that we start to amplify those voices and that we start to acknowledge that Black trans people are disappearing with no resolve."