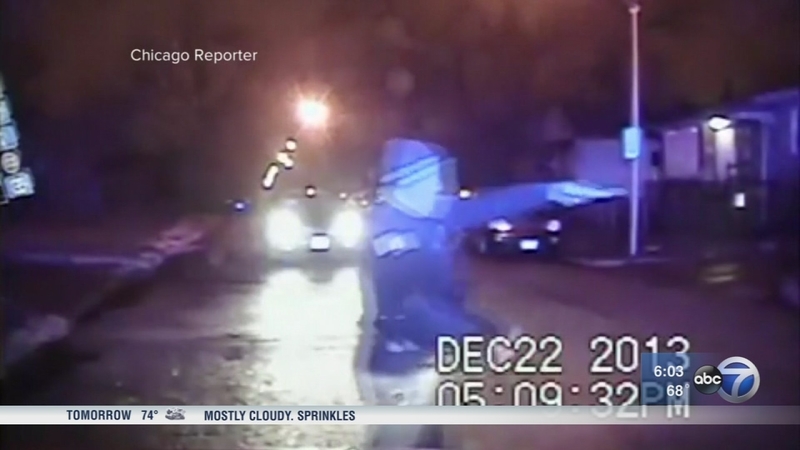 CHICAGO (WLS) -- Chicago Police Officer Marco Proano, the officer accused of federal civil rights violations for firing at a car full of teenagers in 2013, was found guilty on both counts Monday.

A defense attorney said Proano made a "split second" decision when he fired on a vehicle moving away from him, wounding two teenagers inside.

Proano was charged with federal civil rights violations for using unreasonable force and causing bodily injury. Proano allegedly fired multiple times into the vehicle as it backed up after being stopped for speeding.

The jury of nine men and three women deliberated for over three hours after hearing two days of testimony.

Daniel Herbert, Proano's attorney, said the officer's state of mind on Dec. 22, 2013, boiled down to he was in a neighborhood full of guns, drugs and crime. The attorney said Proano knew something bad was happening as one teen was hanging out of a window, and "had to do something."

The key piece of evidence in the case was a police dashcam video from December 2013. Proano was seen shooting teenagers in a stolen car at West 95th and South LaSalle streets. Two teenagers were wounded.

Fraternal Order of Police President Kevin Graham released a statement regarding the verdict:

"We are very disappointed in the jury's verdict. The pressure on the police is making the job extremely difficult. It seems that the criminal elements in our society are not accountable in our justice system, while the police face an intense scrutiny for every split second decision they make. We will meet with our legal advisers to consider the next steps."
It took over a day to select the jury of eight men and four women. There was only one African American serving on that jury.

Proano and his attorney both left the Dirksen Federal Building without comment.