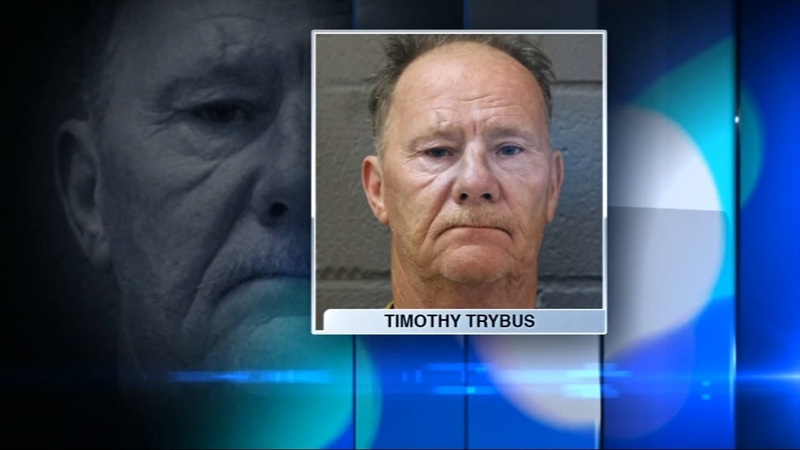 COOK COUNTY, Ill. (WLS) -- A Chicago man faced a judge Friday after being charged with a hate crime for harassing a woman wearing a t-shirt with the Puerto Rican flag on it in an incident captured on video.

Friends are standing by his side, while the woman who was wearing the shirt wants an apology.

"I have never personally had an encounter with racism to this degree," Mia Irizarry said.

Fearing for her life, Irizarry pulled out her cell phone and started recording the incident. The video has now gone viral.

She said Trybus was set off by her shirt bearing the Puerto Rican flag. Puerto Rico is a U.S. territory.

The incident happened in June in the Forest Preserves of Cook County while Irizarry was celebrating her 24th birthday.

"Right before I started recording he actually stepped on top of the table, which is when I felt the most threatened, hence grabbing my phone to start recording," she said.

"He was raising his voice, pointing his finger in her face and getting within inches of her personal space," said Cook County State's Assistant State's Attorney Robert Heilingoetter.

John Bimmerle said he has known Trybus for at least 20 years.

"Anybody that says he is a racist, he's not. In all the years I have known him, he is just a nice kid," Bimmerle said.

Bimmerle came to court to support his friend, who he said has a drinking problem.

"He just said, 'This is the stupidest thing I have every done in my life,'" Bimmerle said. "He thought it was disrespectful to the American flag on Flag Day."

Irizarry can be heard in the video asking a park police officer to help. The officer, identified by authorities as Patrick Connor, is seen walking away.

"It was extremely surreal to think that someone whose job is basically to protect and serve completely walks away," Irizarry said.