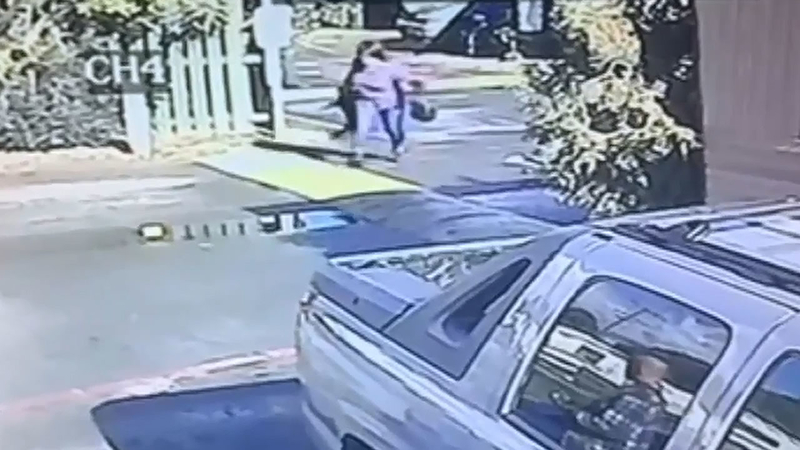 FAIRFIELD, Calif. -- Authorities in Solano County are looking for a woman who they say threw her own dog. A security camera captured the incident on video, and it has since gone viral.

The video was posted on Facebook and as a result, people who've watched it began calling authorities, which is how the incident came to their attention. She's been identified as Brandi Chin, seen in a security video holding her dog by the neck, then throwing him. The helpless dog rolls over several times.

Ben Perez is Chin's now ex-boyfriend. He's seen in the video picking up the pug, who coincidentally is also named Ben. He says he and Chin had a heated argument. But why she threw her own dog is beyond him.

"Maybe she meant it to hurt me by doing it, I'm not sure. I can't really speak for her, but I know that the dog is fine," said Perez.

Even so, Solano County authorities still want to find Chin and her dog. She faces possible animal cruelty charges, although finding her has been difficult. Chin moved out of Perez's house as soon as they broke up.

"We've been tracking down every lead that we get talking with people who know her. They have advised us that the last known whereabouts was in Vallejo," said Ofc. Alex Schwarz, Humane Animal Services.

"I don't think she should be charged anything like that at all. That dog loves her you know. She loves the dog. They're tight. You would be able to see that if you see them together," said Perez.