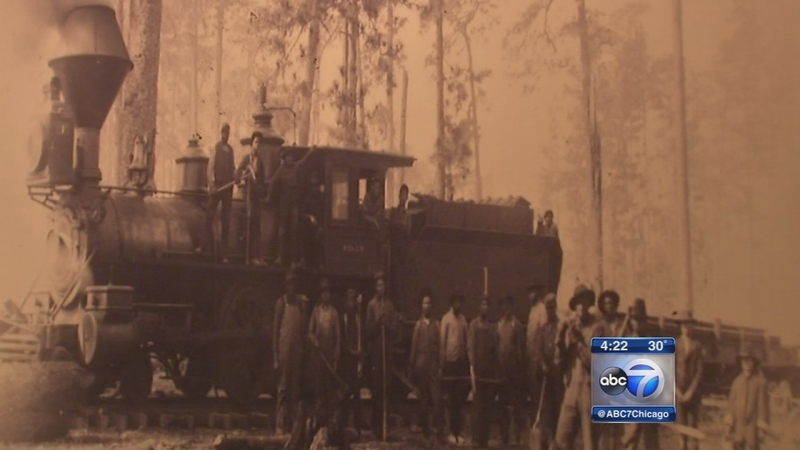 CHICAGO (WLS) -- It's the story of men on the move: the Pullman porters who brought many other people along for the ride.

"The Pullman Porters they pretty much single-handedly molded the middle class and what we know today, because they were hard-working brothers who did regular jobs in an extraordinary fashion," David A. Peterson Jr., president/ executive director, said.

That is the legacy which is celebrated here at the A. Philip Randolph Pullman Porter Museum in the historic Pullman district. Recognizing people recruited by railroad tycoon George Pullman to do jobs which, by today's standards, would hardly be considered glamourous.

They were also the ones who formed the first black labor union in America under the direction of A. Philip Randolph, an activist and publisher who did not work for the Pullman Company and, therefore, could not be fired. The rest is history.

"They now had benefits, they had a pension. They had an increase in wages. But more importantly, it catapulted them to be the foundation for the black middle class and that is why that is significant and why they are significant to the very day," Dr. Lyn Hughes, museum founder, said.

It's all preserved at the museum. Founder Dr. Hughes said proud descendants have provided the bulk of the collection's pieces.

The Pullman legacy is often cited as the beginning of upward mobility for African-Americans.

"The families who had Pullman Porters in their families were the ones who had a telephone, they may have had a TV. They would have owned their own property. The wives had china, lace table cloths," Dr. Hughes said.

"While they were riding those trains they were in the midst of doctors, lawyers, banker and eavesdropping on those conversations with a smile, acting like they didn't know what was going on. They learned those practices and that's how they came back to their communities and started small businesses, which basically molded our neighborhoods," Peterson said.

This group of Chicagoans who simply wanted respect.

"We are here to serve you and we're going to do that with pride and dignity; but we are not to be disrespected and we want to be paid just like anyone else," Peterson said.


The museum on South Maryland has been open now for 20 years. A big celebration is planned for February 28th at the Parkway Ballroom at 44th and King Drive. Get tickets at http://www.aphiliprandolphmuseum.org/.