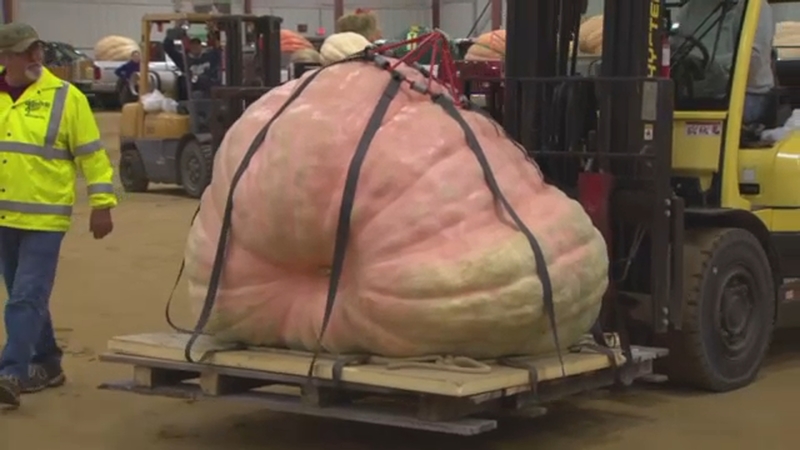 TOPSFIELD, Massachusetts -- A man has set the record for growing the heaviest pumpkin ever at the Topsfield Fair.

"It's a great feeling, you feel accomplished," Noel said.

Another participant at the New England Giant Pumpkin weigh-off competition, Al Berard, says the secret to growing a large pumpkin is the seeds and daily nurturing.

Berard, like many of the veteran growers, predicted Noel would win the competition this year.

"It's a dream come true. I'll sleep better tonight than I have in 18 years," Noel said.

The world record for heaviest pumpkin was grown in Belgium in 2016 and weighed 2,624 pounds.