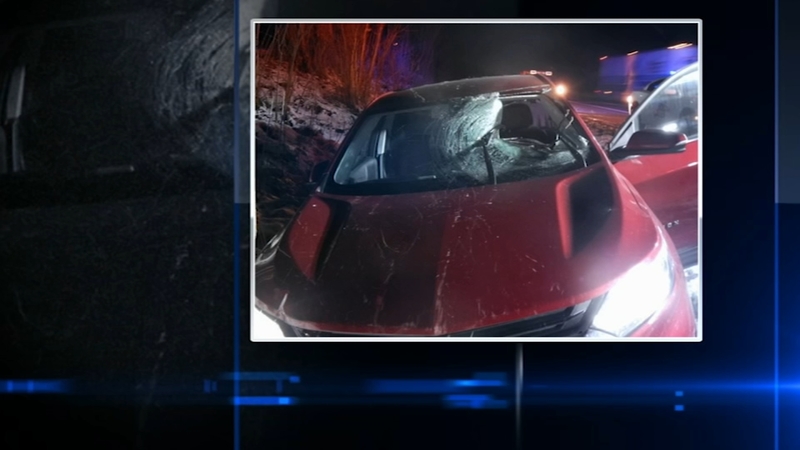 MICHIGAN CITY, Ind. (WLS) -- A pumpkin was thrown from an overpass onto a vehicle on the Indiana Toll Road near Michigan City, crashing through the windshield and causing a serious crash, according to the Indiana State Police.

The incident is the third reported in the last week in that same area.

The pumpkin was thrown from the North Goldring Road overpass at about 9:30 p.m. Tuesday, hitting a vehicle driving eastbound near the 44 mile marker.

This is the second report of this type of incident at this location and the third in this area since November 7, state police said.

"It's at least the second one at that location, and we had a third incident but the driver kept driving to a service area, so that driver was unsure of the exact location," said Sgt. Ted Bohner, Indiana State Police.

All three incidents happened between 8:44 p.m. and midnight about five miles east of the Michigan City exit.

Anyone caught committing this crime could be charged with criminal mischief, a misdemeanor, or overpass mischief, a felony, if the victim sustains injuries.