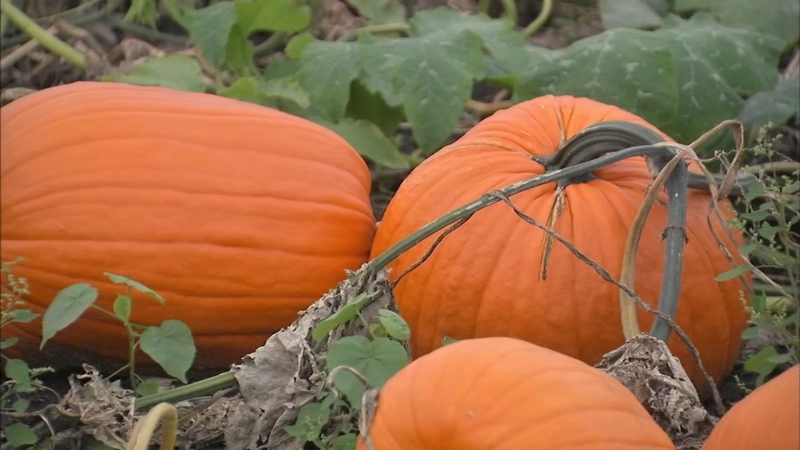 Tis' the season for pumpkins. From menus to front porches, the fall favorite squash is popping up everywhere.

While they are in abundance this season, you might be surprised by how wet weather plays a role in finding your perfect pick.

It might not feel or look like October but pumpkins are ripe and ready to be picked. The persistent heavy rains we saw this spring really hurt some other crops but hasn't really affected pumpkins.

That's good news for those of us that like to pick our own pumpkins or enjoy just getting out to a pumpkin patch.

"He just went to the field and got a pumpkin," said Jessican Titley. "Fall is coming."

Pumpkins will continue to thrive until our first freeze, but could still be adversely affected if we get more flooding.

While the wet weather has not affected the pumpkins at Goebbert's, that's not the case to the north and south.

"I know places that have 10, 11 inches of rain, Goebbert said, "and I've heard things from those farmers that they are having trouble with some of their pumpkins with rot. Just laying in the water too long."