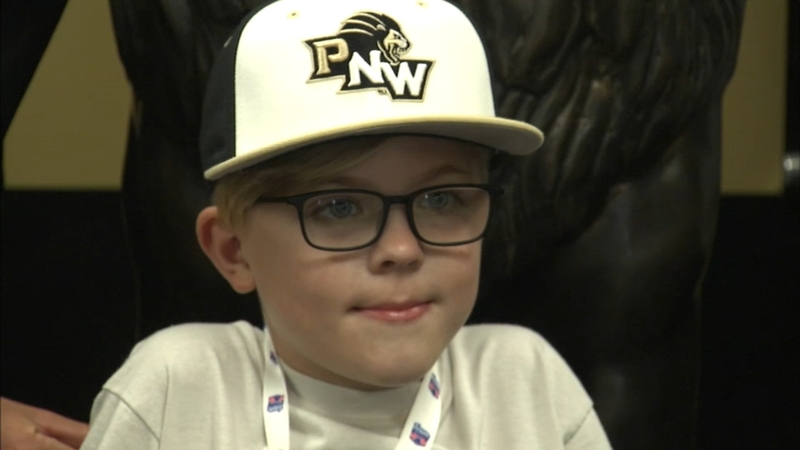 The school set up a special signing ceremony Thursday for Jackson, who suffers from a form of muscular dystrophy.

"They get picked on at school a lot, and then they get to go to school and say that, 'Hey, I got to hang out with college soccer players.' It's just been such an amazing experience so far," said Shannon Clark, Jackson's mother.

The team has taken Jackson in as one of the guys.

They met him through Team Impact, a program that aims to improve the quality of life for children facing serious illnesses. But team members said they see Jackson as just a normal kid.

"I don't see it as a chore, as much as an opportunity to spend time with someone I really like," said senior Michael Brownsea.

Coach Ryan Hayes said, "I'm sure that we will probably end up learning a lot more from him, maybe than what we can help him out with."

As part of the ceremony, Jackson received a team jersey. He sports No. 35.

Jackson's illness is progressive, affecting the use of his arms, legs and heart.

His mother said, "We don't know where he'll go from here, but we enjoy what we can while we can, right?"