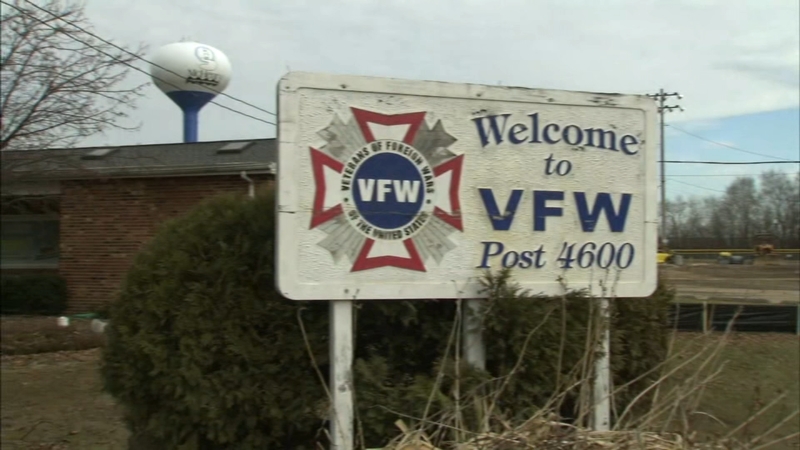 MCHENRY, Ill. (WLS) -- Despite the success of a Queen of Hearts raffle, the McHenry VFW said it is still facing financial issues and is unable to complete planned repairs.

The raffle was created to raise money to repair the VFW building so it can continue to help veterans.

Work on a new concrete parking lot behind VFW Post 4600 is already underway. The parking lot was one of the big ticket items the post could afford with the money it made from the Queen of Hearts raffle.

The organization collected 20 percent of the jackpot when the raffle ended in September, or $1.4 million of the $7 million prize.

"When we first started Queen of Hearts we knew we needed some badly-needed upgrades to the building," said Dwane Lungren, commander of VFW Post 4600.

Lundgren said the money has already been spent on some of those upgrades, but not all of them and so the post is in need of more money to pay for the rest of the updates to the nearly-70-year-old building.

Lungren said $1.4 million sounds like a windfall, but it's a drop in the bucket.

"If we don't fix this building up, then we're not going to be here to help out veterans," he said.

That would be bad news for Dale Snell. Snell is a Vietnam veteran who has been a member of the McHenry VFW since 1972.

"If it wasn't for the VFW, I'd have never gotten my first house through a VA loan," Snell said.

Lungren said the raffle has raised the profile of the VFW and attracted new members, which is why he wants the building to be viable for the next 50 years and to stay on track with its mission of being a resource for veterans.