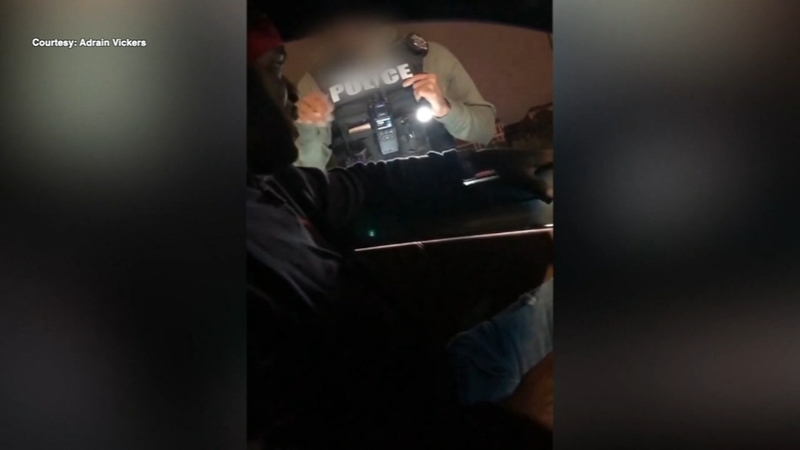 Florida dad says he was racially profiled during stop

TAMPA, Fla. -- A father said he believes he was racially profiled while driving down a Florida road in a brand new Lexus, and the encounter was recorded on a cell phone.

After leaving a USF game, while spending quality time with his 13 and 16-year-old sons, Adrian Vickers said a trip to Ybor to pick up pizza turned terrifying.

Vickers sad he noticed an unmarked car blow through a red light to catch up to them after passing them at an intersection, reported WFTS.

"When I realized it was a TPD officer, I was disappointed that they were driving like that," he said.

Vicker's son started recording on his phone shortly after being pulled over on November 17. Police told Vickers he was pulled over for not having proper registration on his new Lexus.

In the video, Vickers keeps trying to explain that he does have registration and that it must be a clerical error.

"When my sons heard them say they can take them to jail, you can hear them saying, 'take them to jail?' I'm pretty much all they have here other than their grandmother," Vickers said.

The faces of the officer have been blurred as Tampa police investigate exactly what protocols were broken.

Vickers said the Chief of Police Brian Dugan called to apologize and the Major in that area threw out the citation he received that night.

The next day Vickers said he contacted the dealership and his registration was, in fact, valid.

"I am stressed out, I'm paranoid. I feel violated. My kids, I feel for them, he said.

Vickers said he has family in law enforcement and says more training needs to be done to better protect minorities.

"The officers need to be disciplined, he said. "I don't need to just be told, 'hey we took disciplinary actions.' We need to know exactly what actions were taken against these officers."

TPD said the incident was handed over to the Professional Standards Bureau for investigation.