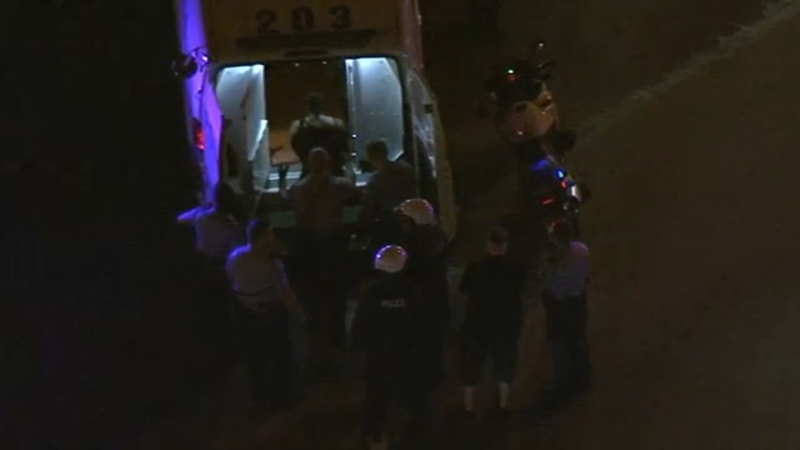 NORTHEAST PHILADELPHIA -- Police are investigating an alleged road rage incident that ended in a stabbing in Northeast Philadelphia Wednesday night.

Police said the incident began around 7 p.m. in the 300 block of Levick Street where an off-duty officer witnessed the assault.

"He saw a female get out of the vehicle then open the door of a Chrysler 300 and began stabbing the female driver," said Philadelphia Police Chief Inspector Scott Small.

The victim's 4-year-old niece was in her car at the time, but was not injured, police said.

Small said the off-duty officer managed to wrestle a ten-inch butcher knife from the woman assailant, but the suspect then jumped in her car and drove off.

The off-duty officer called police with a description of the car and a tag number. Other officers soon spotted the car, which they said struck another vehicle as the woman tried to make her escape.

"When the female finally exited the vehicle, she had another knife in her hand. Police officers had to use a Taser and then she finally did drop that knife," said Small.

Chopper 6 was overhead as police apprehended the female suspect at Summerdale Avenue and Roosevelt Boulevard.

Police said the 33-year-old victim was stabbed in the face, shoulder and back as well as both hands. She is in stable condition at Einstein Medical Center.

The suspect was also taken to the hospital. Police said they found a third knife while searching her vehicle.

The investigation into the incident is ongoing.

Police said the incident began around 7 p.m. when two women got into a fight as reported by Dann Cuellar during Action News at 11 on October 3, 2018.