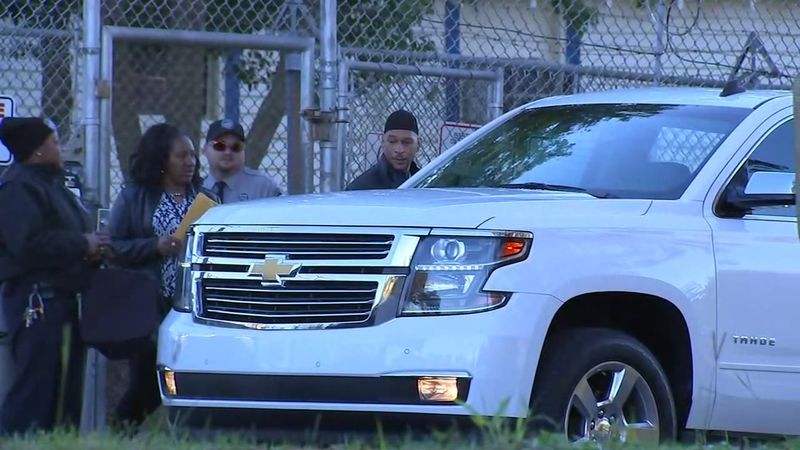 Just after 8 a.m. Monday, Carruth walked out of the prison gate, got into a white SUV, and drove off.

Rae Carruth was found guilty in 2001 for conspiracy to murder his pregnant girlfriend, Cherica Adams, in 1999.

An official with the NC Department of Public Safety said Carruth will have 9 months of post release, which means he'll have to meet certain requirements such as meeting with a probation officer.

Carruth hired Van Brett Watkins and Michael Kennedy to kill Adams. Adams was pregnant with Carruth's child at the time. Due to the shooting, Adams' child was born prematurely.

That child, Chancellor Lee Adams, has cerebral palsy and currently lives in Charlotte with his maternal grandmother, Saundra Adams.

After initially saying he would like to have custody of Chancellor, Carruth changed his mind saying he would not attempt to pursue a relationship with his son after being released from prison.

Still Carruth said he wants to "make amends with Chancellor and try to be the father that I should have been from day one."