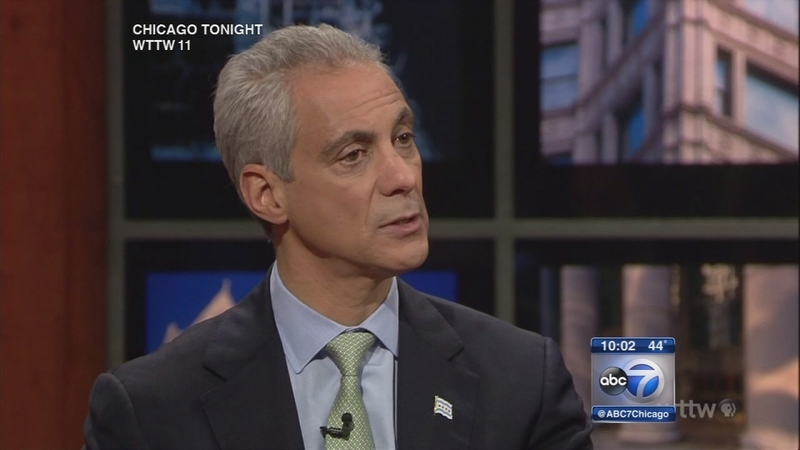 CHICAGO (WLS) -- Mayor Rahm Emanuel will speak on police accountability in an address to the Chicago City Council on Wednesday morning.

On Chicago's South Side, a call for change was shouted from the aisles of Liberty Baptist Church, where nearly a dozen Chicago alderman listened attentively Tuesday night. A whirlwind of controversy engulfed Chicago with the release of the video showing Jason Van Dyke firing 16 rounds and killing Laquan McDonald.

"They're doing this with impunity. They're not having any ramifications for it. And we need to have that stop," said Ald. Roderick Sawyer, 6th Ward.

"Things have to change, and this is the time for us to really push forward to make that happen," said Ald. Susan Sadlowski, 10th Ward.

On Wednesday at 9 a.m., Mayor Emanuel will deliver a speech catered toward police accountability at City Hall.

"I'd like to hear him acknowledge that this is really very bad situation, to apologize to the community and the City of Chicago for what has occurred," said Ald. Pat Dowell, 3rd Ward.

The mayor will have plenty to discuss: his top cop has stepped down, two more controversial videos were made public, and a Department of Justice Investigation is underway.

"This is going to be a long, painful road with a lot of ups and downs and a lot of turns," Emanuel said Tuesday night.

"This is stuff I've been fighting for, transparency, and government since I've been an alderman and way before I became an alderman," said Ald. Toni Foulkes, 16th Ward. "I think we've got a good chance of [change under this administration]. It's like everything is coming to a head."

Several protests are planned around the city on Wednesday, including one titled "Shut down City Council". More than 1,000 people are expected to attend another protest in Daley Plaza at 12 p.m.