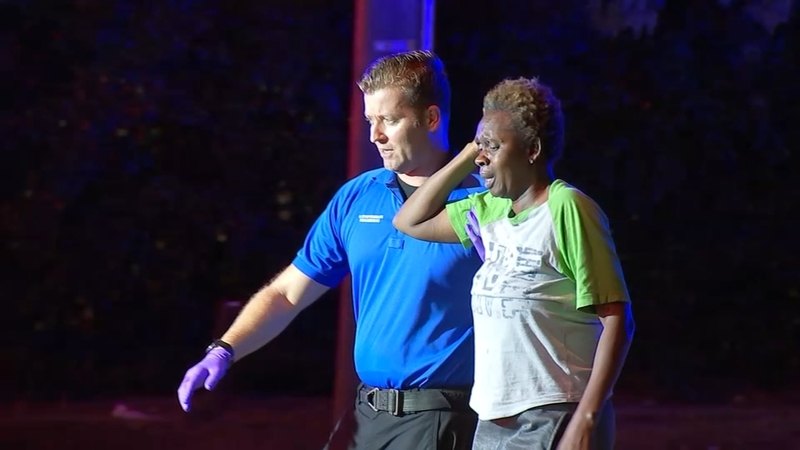 Woman's SUV shot at in Raleigh

RALEIGH -- An Uber driver was injured after shots were fired at her SUV in Raleigh, North Carolina on Monday morning.

Raleigh Police Department said a woman was driving for Uber on Hill Street near New Bern Avenue when bullets hit her SUV around 2 a.m. The woman was shot "on the top of the head" while dropping off a passenger, according to police.

ABC11 crews captured footage of the woman walking away without life-threatening injuries. Several shots appeared to hit the vehicle before she pulled over on East Street for help.

Happening now: A driver has been taken to the hospital after her vehicle was shot several times. Happened on Hill Street/New Bern Avenue in Raleigh. She drove to East Street/New Bern to call for help. RPD not sure if she was injured by bullets or shattered glass.@ABC11_WTVD pic.twitter.com/xO2XqGJ2P2

At least five bullet holes were seen on the outside of the vehicle. A rear window was also shot out.