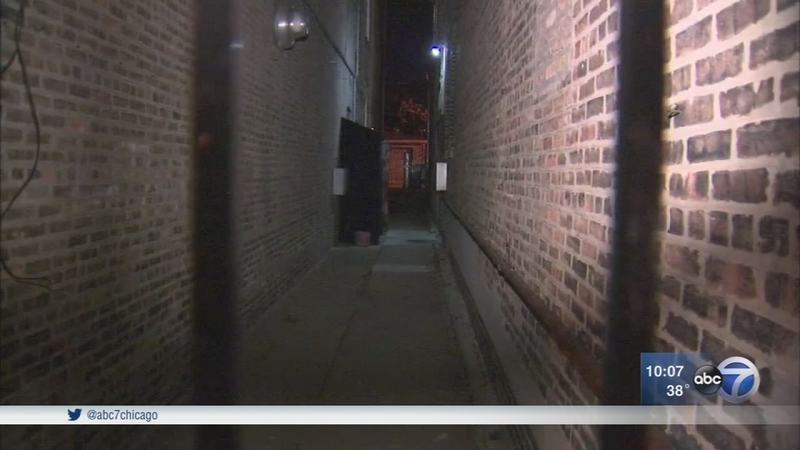 "I feel horrified, I feel absolutely horrified," said Oksana Adaskaevaych, who works at a business next door from where the attack happened.

The 31-year-old victim was standing in the 2200-block of West Chicago Avenue waiting for the bus around 6:20 a.m. when police said a male she did not know walked up to her, punched her in the face, and took her cell phone.

He then allegedly pulled her into a gangway and sexually assaulted her. The suspect fled west on Chicago Avenue, police said. The victim was transported to Presence Saint Mary Medical Center.

Police gathered surveillance video from neighborhood businesses, including the Ukrainian American Club where a camera overlooks the crime scene.

Irene Slusarenko, who owns a business down the street from where the incident happened, said the neighborhood is usually very safe.

"I always say when it's light out, it's safe," said Slusarenko. "It's a very safe neighborhood. I walked here this morning, I walk here all the time."

"It hurts. It hurts. It makes you angry, but it also hurts you because why should something like that happen?" said John Steciw, neighborhood resident.

Investigators went door to door Friday searching for information from anyone who could have heard or seen what happened.

"We can't wait for another situation like the one that happened this morning where a resident of our community on her way to her job was assaulted and robbed by a predator," said Alderman Brian Hopkins (Ward 2).

"I mean, it's horrifying. It's really scary. I'm petrified for my own safety now, and like my roommate who I live with," said Meghan Shanahan, neighborhood resident.

Hopkins said the 2012 closure of the 13th District Police Station has led to a spike in crime since 2013 in the district that includes Ukrainian Village. Robberies are up more than 50 percent, shootings up 73 percent, and sexual assaults and murders have more than doubled.

"We need better patrols. We need a greater police response. And part of the way that can happen is if the former 13th District police station on Wood Street is allowed to reopen as a satellite office," Hopkins said.

Local neighborhood leader Pavlo Bandriwsky said an alert is going out across the community in email and message boards.

"We certainly hope that they catch the perpetrator and this is the last of it in this area," said Bandriwsky, Vice President of Illinois branch of Ukrainian Congress Committee America.