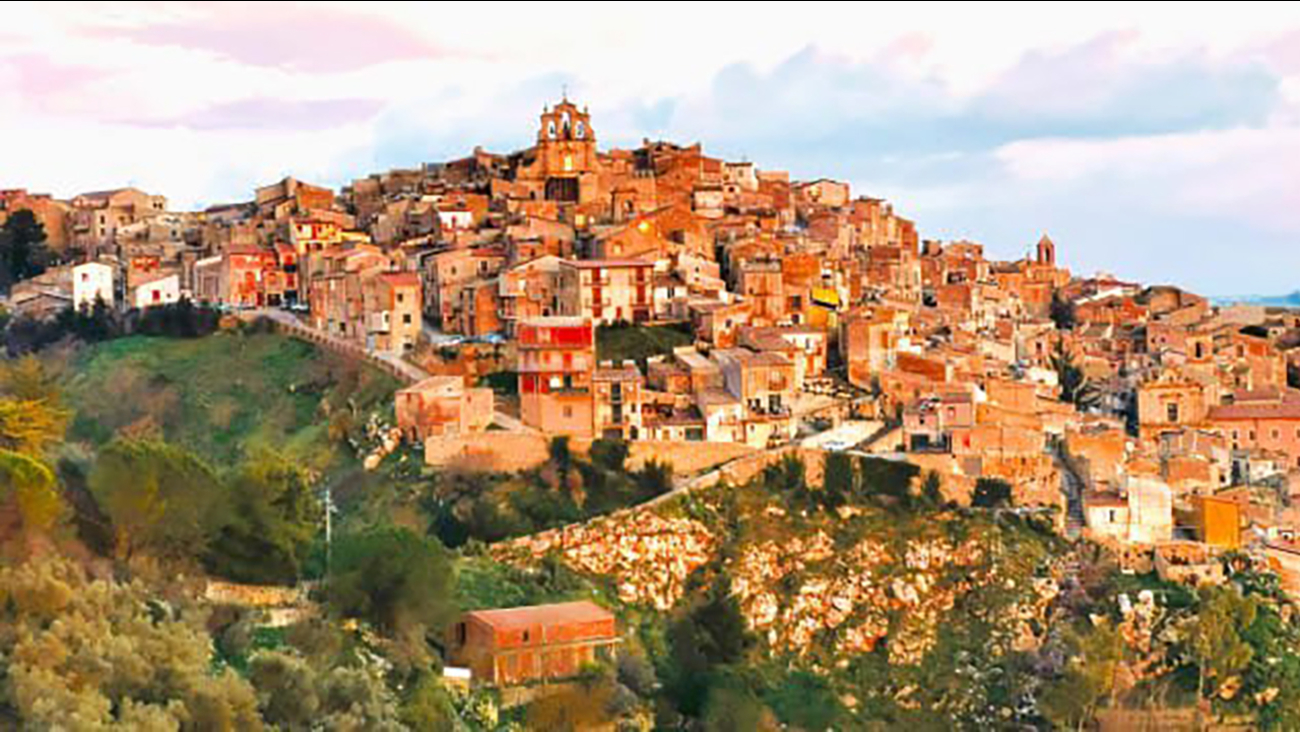 Two new towns in Italy are offering homes for sale at bargain rates. ClThis is Mussomeli, in Sicily, which is offering places for €1. (Salvatore Catalano/Comune Mussolemi)

What's stopping you buying one of those homes that Italy keeps selling for less than the price of an espresso?

Maybe it's the fear of buying something sight-unseen, or anxiety over bureaucratic red tape and labyrinthine regulations?

Well, you might just have run out of excuses, CNN reports.

Two Italian destinations, hoping to revive declining communities by luring new residents with homes priced at a little over a dollar, have launched websites that promise to match buyers with their dream property, relatively fuss-free.

So if you spot a photo of a house you like online, you can apply for one even before jumping on a plane.

"I've created a special task force of young volunteers who assist buyers, liaising with convenient construction firms for the restyle," says Paolo Caruso, mayor of Zungoli, one of the villages offering bargain-rate houses.

"Transparency is key but people must really come see for themselves the beauty of the place, taste the great food and breathe the fresh healthy air."

Zungoli is a tiny rural village, shaped like a snail, in the Campania region near Naples and the Amalfi Coast.

Set atop a sandstone hill, it's a maze of caves and zig-zag, circular alleys connected by huge, uneven grass-covered cobblestone steps that wind up to a stunning fortress.

Named one of Italy's Most Beautiful Villages in 2015 in a national award, it straddles the Apennine Mountains, equidistant from the Adriatic and Tyrrhenian coasts.

Inside multi-layered Byzantine caves once used as storage rooms during the Crusades, teardrop-shaped Caciocavallo cheeses are now hung to season.

Sounds good? Well here's how you get a slice of the action... and maybe some of that cheese.

Step uno: Head to Zungoli's official website -- www.comunezungoli.it. On the left column, there's a link titled "Case in vendita a 1."

You might need Google Translate to help you out at this point, or some rudimentary knowledge of Italian (which would be no bad thing anyway if you're thinking of living there.)

Step due: Click on the link and you'll see dozens of 50- to 100-square-meter dwellings listed. They're all in need of some TLC, so you'll need some imagination.

Step tre: Download the application form for the property you like. At this point you commit to renovating one within three years and must explain the type of project -- be it a private house, B&B or artisan shop.

Step quattro: Attach a copy of your ID and forward everything to the mayor's office by email or mail.

Step cinque: If your plan is approved, Caruso will send you a contract and then it's up to you to fly over to Italy and close the deal.

The catch: As with all these cheap home deals, buyers must pay a 2,000 security deposit and commit to refurbishing the property.

Work needs to start within a few months. Once it's complete and the purchase deed is made, the deposit is refunded.

There are tax deductions of up to 85% for any restyling works.

Rustic attractions
Zungoli has a unique setting and a lot to offer -- guided trekking and cycling tours regularly explore the wild and pristine landscape.

Once plagued by bandits and criss-crossed by pilgrimage routes and shepherd trails, known as tratturi, the terrain is dotted with Roman coins often filled with ancient coins.

For 6,000 years, nomadic shepherds led their herds across its pastures into neighboring Puglia, a tradition now celebrated in festivals and in rustic local dishes like chiapparelle e bietole -- ravioli stuffed with chard.

But it's not stuck in the past.

"We want to make things easy for new buyers", says Caruso. "My town has upgraded infrastructure, public LED lights and great Wi-Fi. Piazzas and pavements have just been revamped. Life quality is important."

If even that process sounds too complicated, the larger Italian town of Mussomeli, in Sicily, has made it even easier, creating a new multilingual real estate agency to handle its 1 houses deals.

Photos of dwellings can be checked via the website www.case1euro.it, which features an interactive map that has detailed information on each building -- and it's all in English.

Many of the abandoned stone farm dwellings are in good shape and need only minimal work.

"Original owners calls us each day to dispose of their old houses," says heritage councillor Toti Nigrelli. "There are 100 on sale now and potentially another 400 are suitable.

"This project is my life mission but had I dealt with it on my own, I would have gone nuts."

Honeysuckle and eucalyptus are found across this sweet patch of land. Mussomeli's name stems from the latin Mons Melis, aka the "Hill of Honey," and local delicacies include honey-coated guastedde buns and cuddureddi fried milk-soaked doughnuts.

The town, rising on a 700-meter high hill, has views of the Etna volcano and the Valley of Temples. A local weather phenomenon called the "Sea of Clouds" can be seen from the top.

"Looking down you see the valley covered in a dense blanket of clouds as if the town were suspended mid-air. We want customers to experience all this," says Nigrelli.

The historic center is divided into districts all of which, he swears, have different climatic features depending on which side of the hill you stand.

Step due: You still need to fly over to see exactly what you're getting, especially since the purchase cannot be done by email or telephone. So you need to fix an appointment and a tour of the houses.

Step tre: The local agents will arrange a meeting with the notary and draw up an agreement under which you must commit to refurbishment within three years or forfeit a 5,000 security deposit.

Interested buyers will be given a guided tour of the town, visiting top sites and tasting the local cuisine. The agency's staff will assist every step of the way.

The catch: "There's a 400 fee for such tailored services to be paid only at the end if a 1 house is actually purchased," says Nigrelli.

Anyone taking the private tour will see Mussomeli's panoramic piazzas, lavish gold-colored Baroque buildings and winding alleys leading to one of Italy's most breathtaking fortresses, dubbed the Enchanted Castle.

Clinging like a spider on a pointed rock with steep, twisting staircases, the castle is said to conceal Saracen treasure and is haunted by the ghost of a murdered soldier.

It's not the only eerie presence.

The phantoms of three girls, who were locked up by their jealous and tyrannical father and starved to death, have been heard crying at night. According to storytellers, they were found dead having chewed their own shoes for sustenance.

One festival, Batticchié, sees folks re-enact Sicilian daily life from the 1940s while enjoying local dishes such as 'mbriulate -- a bread bun stuffed with olives, onions and pork.

Delicious. And not just the food.