Willis Tower may be going up for sale, report says

WLS
By Tanja Babich
CHICAGO (WLS) -- Looking for some real estate? Chicago's tallest iconic skyscraper could soon be for sale.

The Willis Tower could fetch nearly $1.5 billion, according to
Crain's Chicago Business.

A spokesperson for Willis Tower would neither confirm nor deny the building is for sale, but the prospect of new ownership is already eliciting a reaction from Chicagoans.

"Oh, I have to pick that up," Daniel Vinson said, after he learned the potential price tag.

"So long as it's still here, I'm fine with it," Oscar Rodriguez said.

"Willis Tower. Sears Tower. It's fine by me. Whatever they call it is fine with me," Bea Lewis said.

Andrew Magliochetti, a commercial real estate expert, said he heard some time ago the building's owners were shopping it around. He was not surprised by the expected price tag. Magliochetti said $1.5 billion might actually be a conservative estimate for the Chicago landmark.

"This asset is so closely tied to Chicago that beyond its fundamentals and its kind of traditional income expense statements and so on, it has a special place in the overall thought of Chicago as a town. Investors care about that. That matters," said Magilochetti, of Jameson Commercial.

Magliochetti said a sale wouldn't necessarily be followed by another change in the building's name. Many Chicagoans are still getting used to calling it the "Willis Tower" when, for decades, it was called the "Sears Tower". 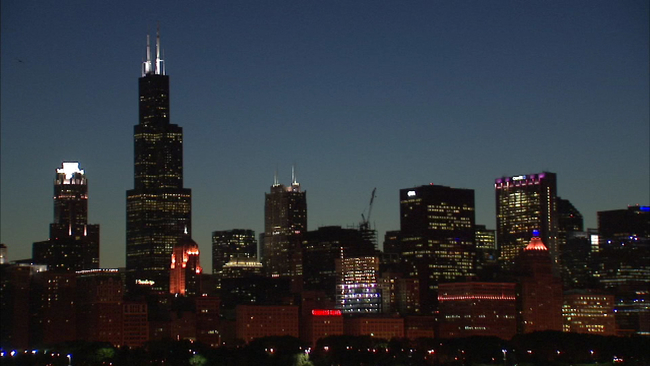