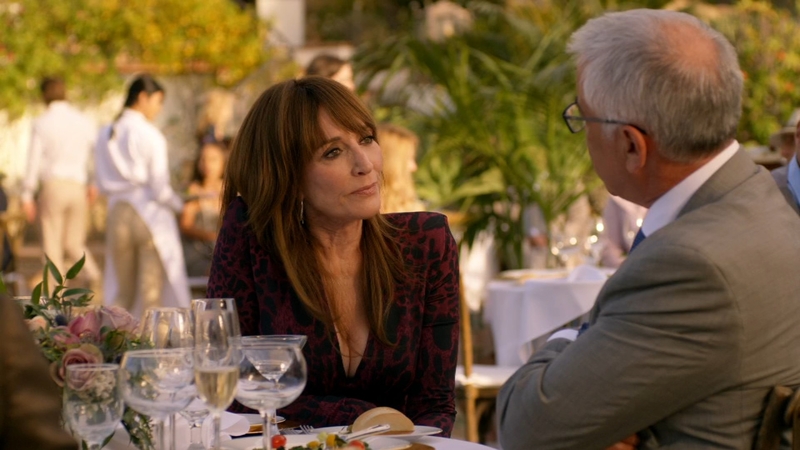 A little more than a year ago, the cast of the new ABC drama "Rebel" was ready to shoot the premiere episode -- but then the COVID-19 pandemic shut down all production.

But stars Katey Sagal and Andy Garcia, as well as the rest of those involved in one hour addition to ABC primetime, kept the faith and got it done.

Along with those famous faces, one of the executive producers also has a famous name -- Erin Brockovich.

Her life inspired "Rebel," and you may recall Julia Roberts won an Oscar back in 2001 for playing her in a famous movie of the same name.

Sagal's character in the show is fictional, but no less determined.

"I bring the CEOs of multi-national corporations to their knees," her character says is the first episode.

"Rebel is a character that's extremely viable for being a woman in her 60s and that is doing what she's doing," Sagal said. "And that, to me, is really refreshing. And when I read it, I thought, 'Right on.'"

Rebel is a consumer activist and advocate, while Andy Garcia co-stars as a lawyer whose arm she frequently twists to get him to fight battles she wants fought.

"We can both find solace in each other, even though most of the time is pretty combustible," Garcia said.

In the middle of the 20th century, Mahalia Jackson fought racism and bigotry through the power of her sacred voice: A gift that allowed her to reign as the Queen of Gospel Music.

Rebel really works on Garcia's character to convince him to take a particular case, which begs the real life question if Garcia has ever been pestered into taking a role he didn't initially want -- and then it worked out.

"This television show," he said, before crediting his his wife for prevailing. "This was kind of a perfect little storm: Katey, great writing, at home half the year, so I was all in."