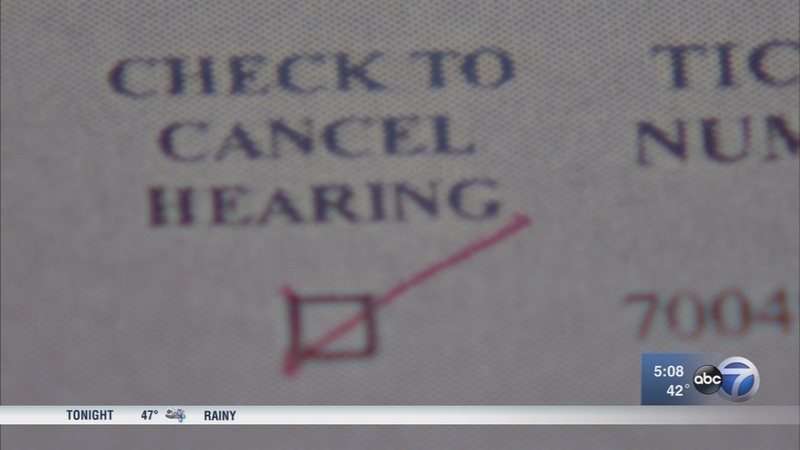 CHICAGO (WLS) -- The I-Team has new information on red light camera refunds and what you need to know to cash in and join the settlement.

The deadline is quickly approaching for drivers to make a claim to become part of a class action settlement for almost $39 million.

The I-Team found out what you need to watch out for so you can get your money.

Red light camera refund notices started going out in October but you need to sign and send them back before December 11, 2017.

It comes from a recent settlement because the city of Chicago to failed to send out "second notices" on more than a million red light camera tickets.

"Motorists who got tickets during that period of time that are part of that class action could potentially get 50 percent of that money back that they paid on those tickets," said Mark Wallace with Citizens to Abolish Red Light Cameras.

Mark Wallace from Citizens to Abolish Red Light Cameras is raising awareness about what could be some confusion on many of the 1.2 million claim forms.

The city's law department said almost 150,000 people who were disputing the lack of second notices before the settlement was reached, got different forms

The box appears by the violation saying "Check to cancel hearing." The city told the I-Team you must check that box to be part of the settlement.

Jason Knowles: "And people may lose out on their chance to get that money?"

Wallace said some people think if they don't check the box and go to a hearing, they could get all of their money back instead of up to half.

But overall the city's law department says less than half percent of those ticketed contest and win.

Knowles: "It's either all or nothing?"

If you believe you really stopped you could take your chances at a hearing but remember, the settlement has nothing to do about whether you stopped or not- it's just about drivers not getting those second notices.

So if you want into the settlement check the box. You could get up to half of your money back.