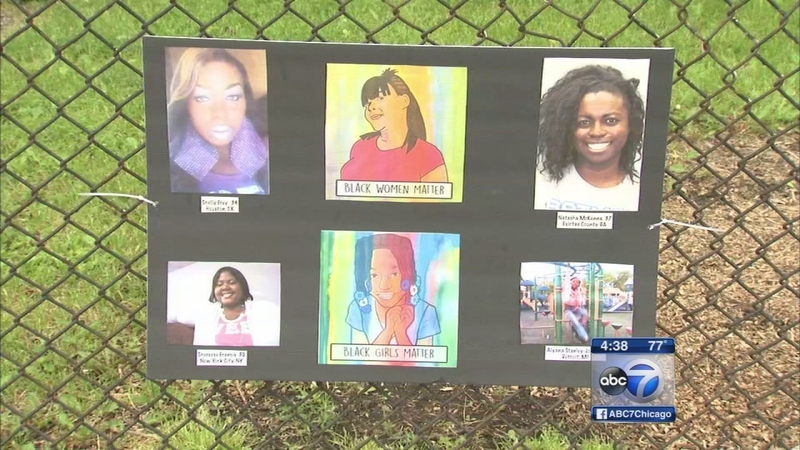 CHICAGO (WLS) -- They call it a war of a different kind. On Memorial Day, protesters marched for those who have been killed by police.

Activists chose to begin the march in Douglas Park because it is close to where unarmed 22-year-old Rekia Boyd was killed in 2012 by off-duty Chicago police officer Dante Servin when he fired five shots into a small crowd of people near Douglas Park.

In April Servin was found not guilty of involuntary manslaughter. Monday's march took on a different tone than previous demonstrations.

With police just a few yards away, the group came to remember Boyd and others who were victims of police violence.

"What we want to acknowledge on this Memorial Day is that there is a war going on that is not necessarily listed on a Wikipedia page, it is a war on blackness, and black and brown people in this country, and we are losing people at a devastating rate," said Kristiana Colon of the Let Us Breathe Collective.

Colon and the Let Us Breathe Collective created their own memorial on a tree and a nearby fence as they gathered in the North Lawndale neighborhood where violence is common. The sounds of police sirens could be heard nearby but it didn't stop the group from marching through the neighborhood playing music and passing out food.

In terms of a protest, on this day they chose to take a different approach.

"So often in this time, a lot of our actions have been very heated and full of anger and emotion, and somewhat antagonistic with police," said Damon Williams of the Let Us Breathe Collective. "We want to revert from that and be more celebratory, in a more community outreach type of fashion."

Let Us Breathe Collective works with Black Lives Matter and other grassroots organizations. While other cities have had much bigger protests, these activists say are not giving up on a movement they hope will grow in Chicago.

Monday's organizers say more people in Chicago would get involved if the city wasn't so racially and economically segregated. The group hopes to have more events like this one that take on a positive spin rather than an angry one.