CHICAGO (WLS) -- Francis Cardinal George was the first native Chicagoan to serve as Archbishop of Chicago and he was very proud of his Chicago roots. 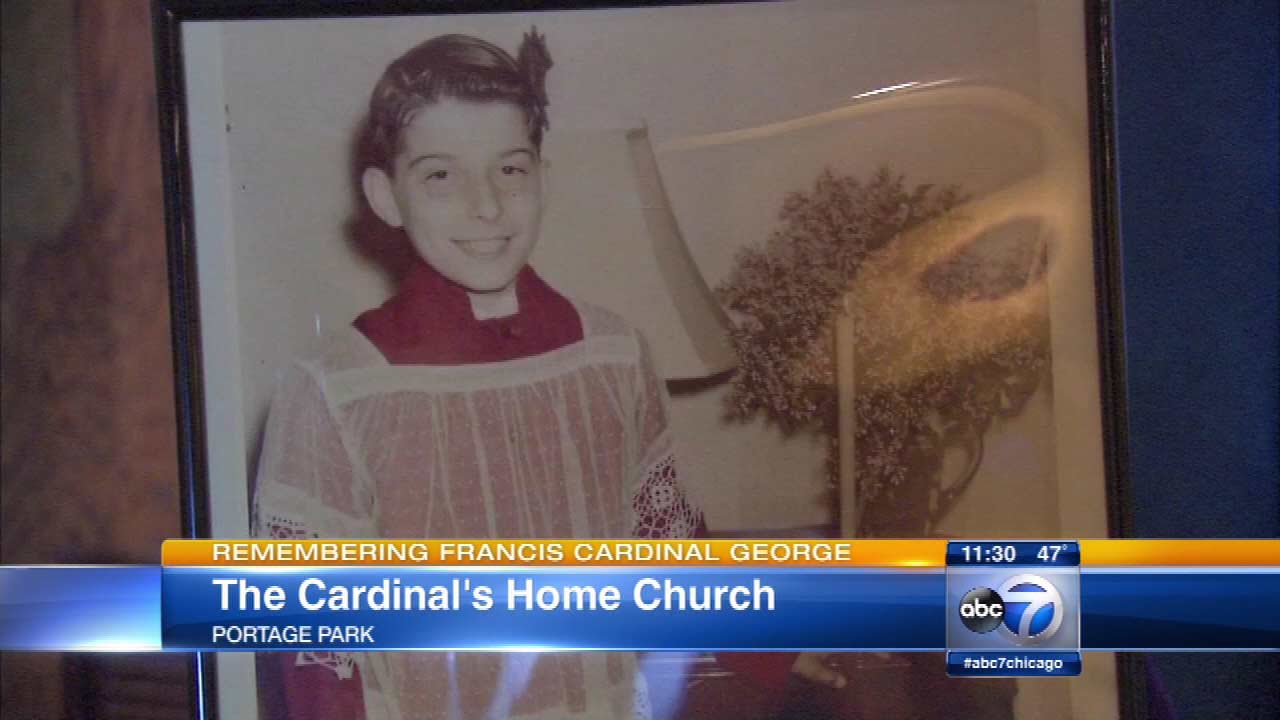 Cardinal George began his rise through the Catholic Church at his Portage Park neighborhood parish, Saint Pascal, on the city's Northwest Side.

On both sides of Irving, residents, parishioners and St. Pascal students lined the street as they watched Cardinal George return to his boyhood church for a final time. As he wished, the funeral procession paused briefly in front of the parish where George's faith and future were shaped.

Cardinal George's calling to the priesthood came at a young age here. During his first communion, he was an altar boy and was eventually ordained at St. Pascal's.

Parishioners say the cardinal never lost his love for this church. He returned many times, including the parish's 100th anniversary last year, where Cardinal George remembered the name of every nun that taught him here.

"When he was here at parish talking to people, he gave up his time. He stood out in front of the church about for three hours when he first became archbishop," said Deacon Gene Dorgan, St. Pascal's Parish.

On Thursday, the school George attended opened its gymnasium doors for residents and students to watch the funeral on a big screen.
The emotion, beauty and peacefulness of a service that was directed by the cardinal himself was felt through the screen as everyone followed along with the mass.

"He was rare in the sense that he knew what was coming, so and he was very well prepared. I don't think that any of us are prepared for the end, but if we could do it, it would be done with grace and dignity just like he did," said Betty Hoika, a parishioner.

"He went to our school and he was kind of one of our really good friends that we had, and it was very special we got to watch this," said Becky Fox, a St. Pascal's School student.

Throughout the years, Cardinal George remained connected to his old Portage Park neighborhood.

On his old street, you can imagine as a child, young Francis George must have run up and down this street playing with friends and sat on this front stoop during hot summers. Now all of these years later, the couple who live here say they feel "blessed" to share that connection.

An old light fixture is one of only a few original details left in this home, which was likely built around 1909.

"We had no idea that this was his childhood home until he got ordained and the media came by. That's how we found out that he was raised in this house," said Luis Jiminez, who owns Cardinal George's boyhood home.

It's the home where young Francis Eugene George grew up with his older sister, Margaret, and parents Francis and Julia George. Luis and Debra Jiminez purchased it in 1993.

"We couldn't be more proud of our house. We love the house and have a lot of good memories in the home. We were just thrilled to hear that someone as important as Cardinal George used to live here," Debra Jiminez said.

The couple who raised five children in the four bedroom home say in brief conversations, the cardinal would always inquire about the house and even took note of changes.

"He would say do you still only have one bathroom in the house?" Debra Jiminez said.

"He knew we had the five children and he said that might be a little difficult, but a few years later we added a second bathroom out of sheer necessity," Luiz Jiminez said.

Though the Jiminezes didn't get to spend much time with the cardinal, they say they feel a loss as well.

"It really hurt because he was such a nice man," Luis Jiminez said.

"Anytime I mentioned that I'm in your childhood home, he would say oh I have stories to tell you and unfortunately, we never had that talk. That's one of my biggest regrets," Debra Jiminez said. 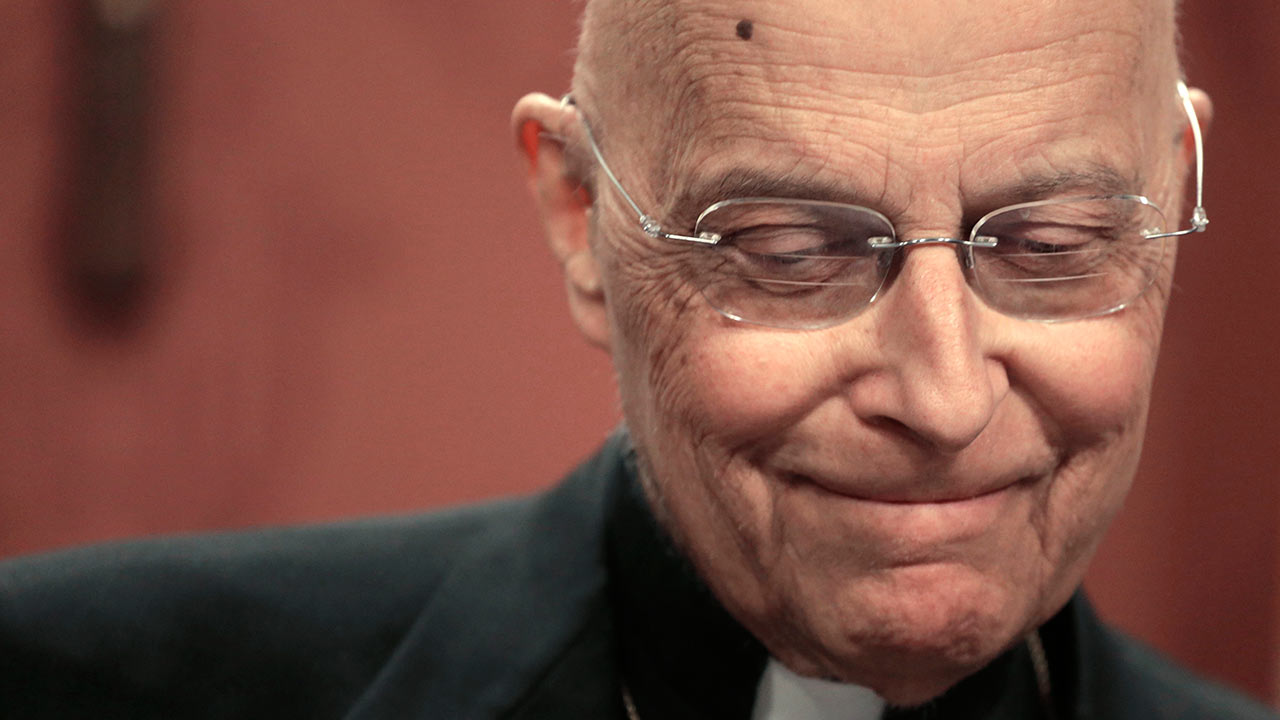