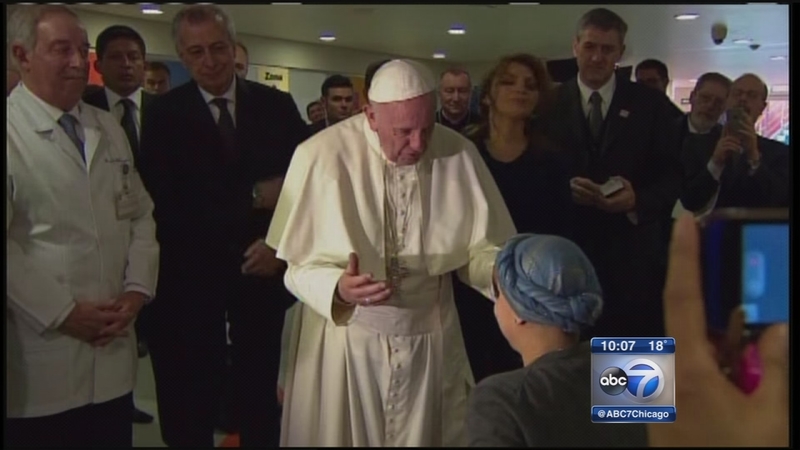 Early Sunday, the popemobile traveled through the city and three young women from Elgin were right there.

They said it was a moment they will never forget, the Pope passing quickly and so close.

"I was very excited," said Maria Gonzalez, who traveled from suburban Elgin. "I had my camera there, I was recording, (but) as soon as he came by I put my phone down and started waving."

"That was the best 3 seconds of my life, to be honest," said Jessica Munoz, of suburban Elgin. "We're in shock. Knew we'd see him, didn't know we'd be in front row."

Pope Francis celebrated Mass in Ecatapec in the outskirts of Mexico City, in a huge field that could fit half a million people. He saw firsthand the reality of the Mexican "periphery," where drug violence, gangland-style executions and kidnappings are daily facts of life.

The pope's choice of Ecatepec for what figures to be his biggest event in Mexico says volumes about his priorities. The city of some 1.6 million people is a sprawling carpet of cinderblock slums mixed in with some better-off neighborhoods.

It will be a strikingly different backdrop from the pageantry of Friday night's red-carpet welcome at the Mexico City airport, where President Enrique Pena Nieto and first lady Angelica Rivera greeted Francis alongside performances by folkloric dancers and mariachi musicians.

During the Mass, Pope Francis called on Catholics in Mexico to be on the front lines to make "Mexico a land of opportunities, where there will be no need to emigrate in order to dream" ... "a land that will not have to mourn men and women, young people and children who are destroyed at the hands of the dealers of death."

In a suburban city, not known for wealth, the Pope spoke about the sin of wealth, admonishing those who "seize hold of goods destined for all," using them only for themselves, the sin of vanity, chasing five minutes of fame, and the sin of pride.

Francis' is visiting Ecatepec a day after his grueling schedule appeared to be already taking a toll. He seemed tired and winded at times Saturday, and he appeared to nod off at an evening Mass and also lost his balance and fell into a chair set up for him to pray.

VIDEO: Pope celebrates Mass at Basilica of Our Lady of Guadalupe in Mexico City 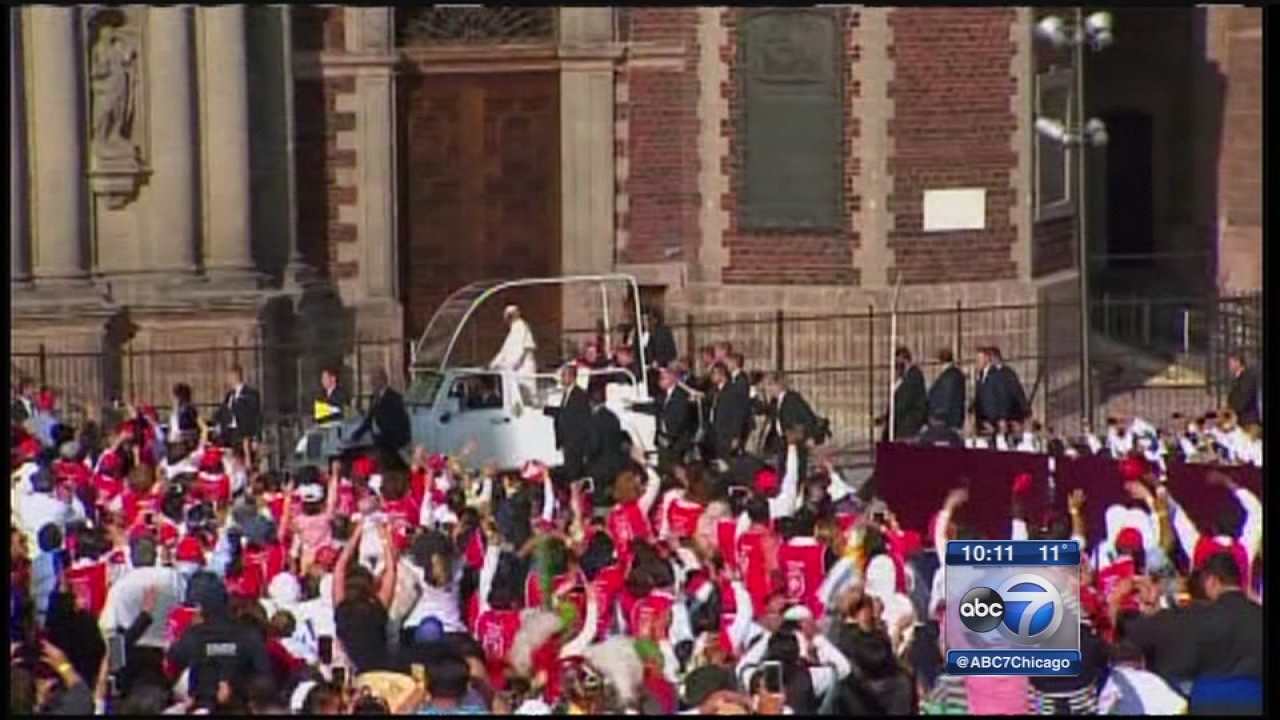 Pope visits Mexico
Pope Francis spent his first full day in Mexico in the country's capital, preaching a message of humility and setting the stage for what's to come for the rest of his trip.

Pope Francis visited the Francisco Gomez Pediatric Hospital, where he spent time with young patients. He blessed, kissed and embraced the children, but they simply couldn't stay in their seats and surrounded him. One girl sang Ave Maria for the Pope.

And, the Pope will see someone very familiar to him -- Sister Delia Baez Espinola, who worked alongside him in Argentina when he was known as Archbishop Jorge Bergolio.