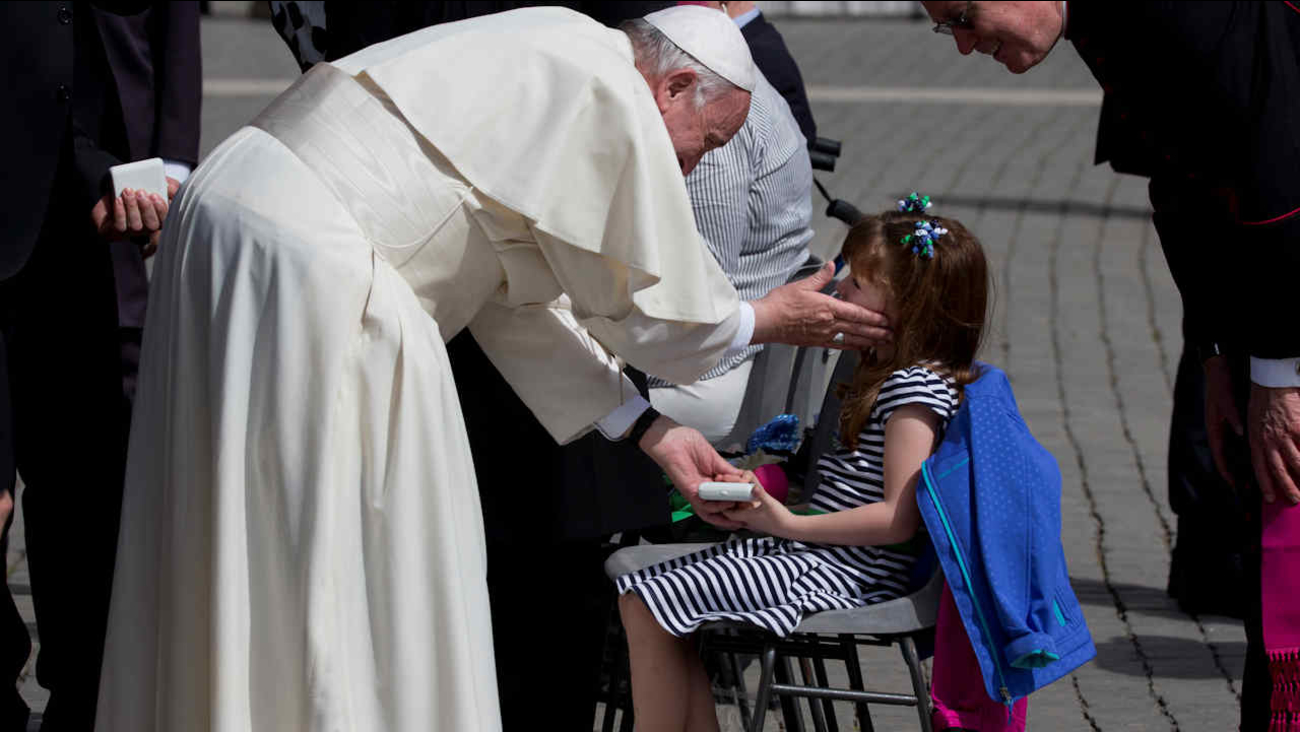 Pope Francis caresses the face of 5-year-old Lizzy Myers, from Bellville, Ohio, at the end of his general audience in St. Peter's Square at the Vatican, Wednesday, April 6, 2016. (AP Photo/Andrew Medichini)

VATICAN CITY -- Pope Francis on Wednesday blessed the eyes of a 5-year-old Ohio girl who suffers from a rare genetic disease that is gradually robbing her of her sight.

Lizzy Myers and her family, including 3-year-old sister Michaela, had special seats for Francis' Wednesday general audience, and Francis spent several minutes with her at the end. He caressed her, hugged her, and placed his hands over her eyes. She gave him a meteorite chunk.

Lizzy doesn't know she suffers from Usher's Syndrome, which will take away her hearing and gradually make her blind. Her parents have made a "visual bucket list" to show her as many things as they can before she can no longer see.

Her mother, Christine Myers, said afterward that Lizzy was "awe-struck. She was totally big-eyed and it was a very powerful moment for her."

The family is in Rome courtesy of Turkish Airlines; its general manager heard her story and offered free plane tickets to anywhere in the world. The family chose Rome because of its history and beauty. A local hotel offered them lodging.

Lizzy's father, Steve Myers, said he had been nervous ahead of Wednesday's audience but that as the pope approached his family, he felt an incredible sense of calm.

"You know, I believe myself, and I think that what Pope Francis has done for her, if there is any chance for a miracle, it would be there," he said. "He asked that we pray for him and said that he would be praying for us."