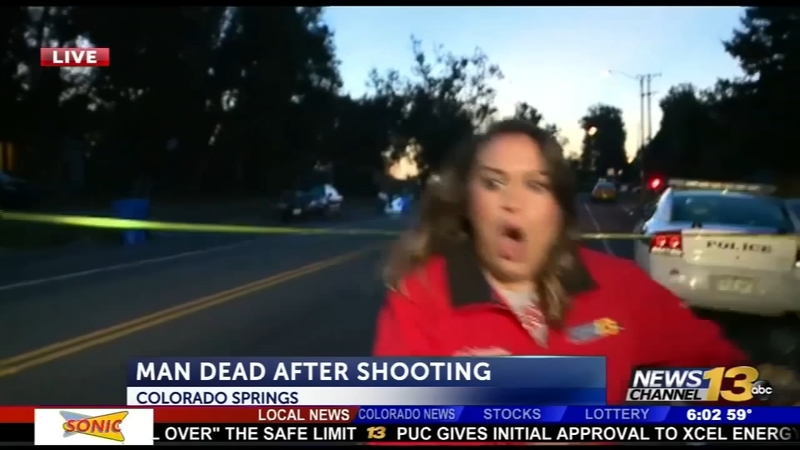 COLORADO SPRINGS, Colo. -- Cameras were rolling as a driver nearly hit a reporter on live television in Colorado.

KRDO reporter Krystal Story was in the middle of her live shot when a car zoomed down the street, hitting a police car next to her, then crashing through the crime scene.

You can see the fear in her eyes as she realizes the car is speeding straight towards them. She and Miller jump out of the way with just seconds to spare.

Both of them are OK, but the side mirror of the car did clip Miller's back. Both were still shaken thinking about how bad it could have been.

"That's what I remember is thinking: how much is this going to hurt?" Story said.

"You hear the vehicle hitting the police cruiser and see the lights and all you can do is react to it. That's the only thing that saved our lives," Miller said.