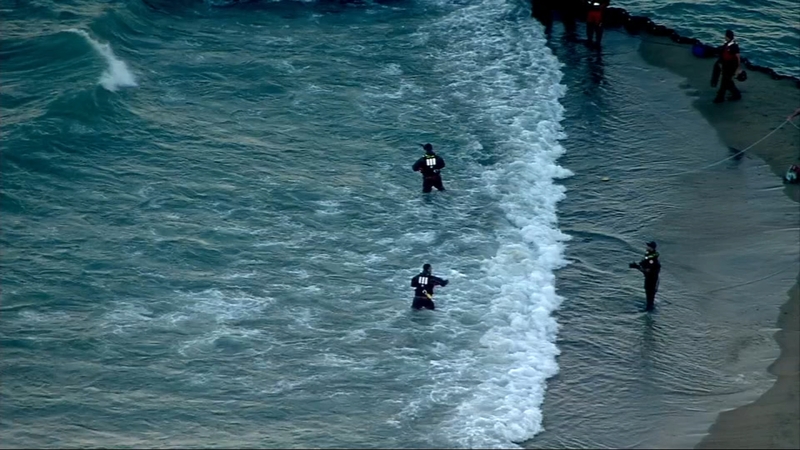 Two teenage girls were transported to St. Francis Hospital for treatment after being rescued from Lake Michigan on Friday night amid dangerous water conditions.

Chicago police said the two girls, both 13 years old, fell into the water at Leone Park Beach in the 1200-block of West Touhy Avenue at about 7:30 p.m.

Perez said her mother had warned her brother not to go swimming Friday afternoon, but he wanted to be with his friends.

Perez said the water quickly turned on the teens. Her brother and two friends were able to make it out.

Rescuers said five police officers went in searching for the two teenage girls who had gone under. But the current was even too much for well-trained police officers.

Nelson Lovera swam to assist an officer he saw struggling.

"The water was really rough," he said.

Crews continued searching for the other teenage girl and found her about 20 minutes later. Officers ran the equivalent of three city blocks to where she was found. She had been underwater for at least 45 minutes. The Chicago Fire Department tweeted at about 8:50 p.m. that emergency responders were attempting CPR.

Cpr in progress on teen girl.