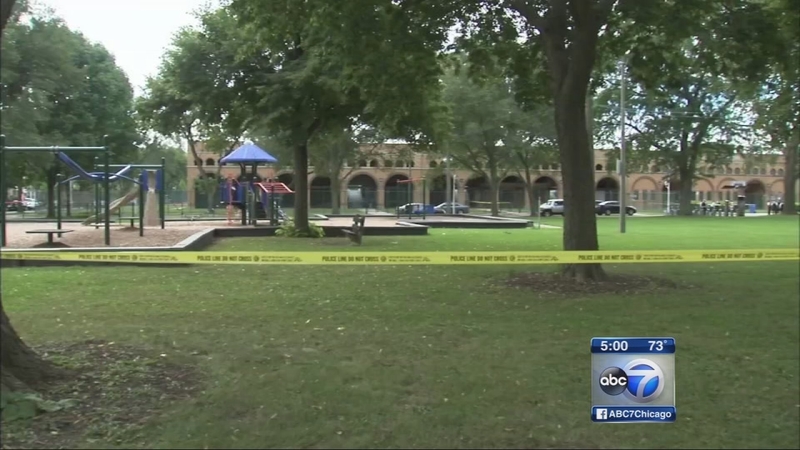 Police said 73-year-old retired deputy police commander Fred Coffey was set to walk the track at Eckersall Stadium with friends near 81st Street and South Essex around 9:35 a.m. when a 21-year-old man walked up and demanded valuables and money. The retired officer then pulled out his gun and shot the man.

The community was surprised and alarmed by the incident.

"Everybody just be up here chilling and hooping and stuff, and all this extra stuff going on, we don't really need that," said resident Dwight Cross.

Coffey sustained a gunshot wound to the shoulder and was taken to the University of Chicago in stable condition. The offender was also shot and arrested before being taken to Christ Hospital in Oak Lawn, police said.

In a statement, Chicago Police Superintendent Eddie Johnson was livid.

"Gun offenders in Chicago do not discriminate. Their reckless conduct and lack of respect for humanity puts families, public servants and anything that stands in their way at risk. Enough is enough," Johnson said in his statement.

After giving thanks for Coffey's survival, Johnson added, "I will continue to fight hard for better laws to keep repeat offenders behind bars and I'm asking Chicago to help by giving CPD the tools to keep our community safe."

When asked if he, like Coffey, felt he needed a gun to be safe in his neighborhood, one resident reluctantly admitted he did.

"To be honest, yes. Kind of. But, I mean, for certain reasons, because people try to get you like that, so you gotta watch your back at all times," said Brian Walton.