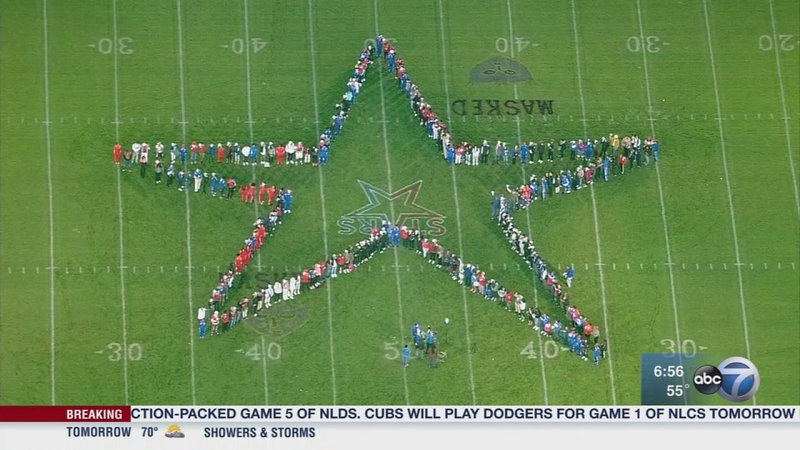 
It's homecoming week! Rich South will take on Rich East on Saturday.


FUN FACTS
Our Vision Statement: The vision of Rich South High School is to empower all to become exceptional examples for generations to come.

The East Campus was formally dedicated in December, 1953 by the Secretary of Health, Education and Safety, Mrs. Oveta Club Hobby. It was fully accredited by both the North Central Association and the State of Illinois during the initial year of operation. In 1954, it won, for the municipalities which it serves, the All-American City award - the first ever to be awarded to a school.

In 1959, a $1,690,000 bond issue was passed to finance building of the initial stage of a new Central Campus in Olympia Fields. The first stage provided facilities for about 700 students. The building has been recognized as one of the "significant schools of the future" in a monograph published by the Ford Foundation. In its July, 1960 issue, The Nation's Schools carried a cover picture and a ten-page article on the new school under the title, "An Image of the Future in Olympia Fields, IL." In 1960, a bond issue of $225,000 was approved to equip the new school which opened to approximately 425 students in the ninth and tenth grades in September, 1961. At the same time, the East Campus enrolled about 1,600 students.

In 1962, a $1,250,000 bond issue was authorized by voters in the district to build and equip an addition to the Central Campus facility bringing its capacity to 1,500 students. This addition was completed for the opening of school in September 1963.

In 1969, a $3,200,000 bond issue was authorized by the voters of the district. $300,000 was to build an addition to the East Campus. This addition consisted of a the theater and two arts and crafts classrooms.

The remaining $2,900,000 was for the purpose of building Rich South High School. Rich South opened at the East Campus for freshmen and sophomores in September of 1972 with an enrollment of 600 students and then moved into the new facilities at the South Campus in Richton Park in January 1973.