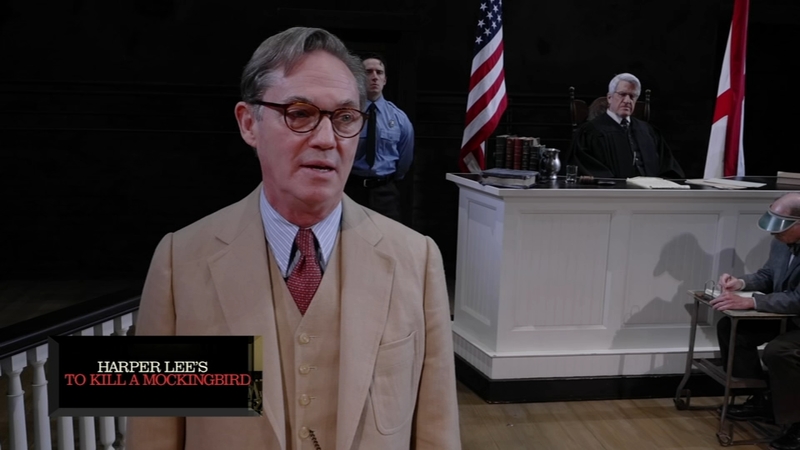 Richard Thomas stars in 'To Kill a Mockingbird' in Chicago

CHICAGO (WLS) -- Beloved actor Richard Thomas is now starring on the Chicago stage in "To Kill A Mockingbird" at the Nederlander Theatre.

The role of the noble Atticus Finch is one that he says becomes more "humanized" on stage than in the movie.

"Everybody does love Atticus, but the danger in Atticus is that he does become an icon," Thomas said. "Atticus is a beautifully deep and flawed and well-meaning man who's been taken down off his pedestal, and that makes it much more fun to play."

Gregory Peck starred in the movie set in the Deep South in the 1930s. Thomas now plays the small town lawyer, who wants social justice for a Black man accused by a white woman. His children's lives are being changed by what he does.

"The hallmark of a beautifully written part, it can wrap itself around any actor who attempts it, so I'll bring new things to it," Thomas said. "'To Kill A Mockingbird' is a picture of us and it's always going to be important for that reason. It talks about one of our primal sins and one of the great wounds and chasms in the history of country, one of the great bleeding wounds that we have and it also shows our great aspirations."

Thomas added, "One of the messages of 'Mockingbird' is trying to do the right thing is the right thing... If we can bring any sense of community and fellow feeling and a sense of home that our better selves will prevail, then maybe we've brought something good to the people who come to see us."

If you loved the movie, the little girl who played Scout is Mary Badham, who you can see on stage in this production as the Finch family's nasty neighbor.