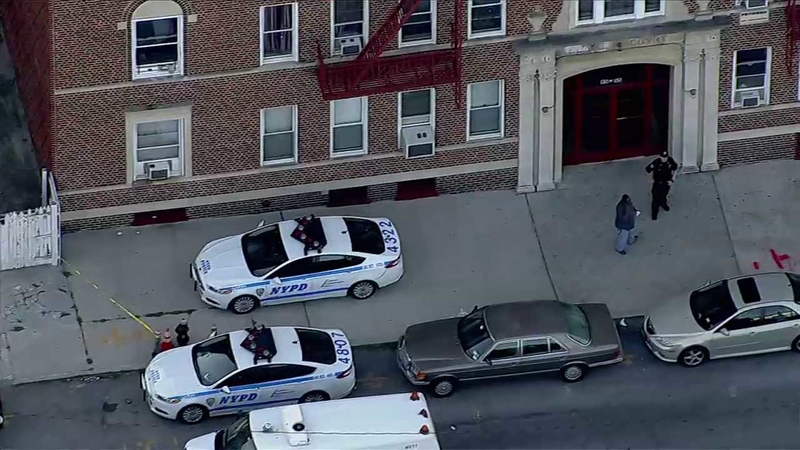 NEW YORK -- An infant was discovered dead outside a Queens apartment building, and detectives were questioning his mother.

The boy, roughly 1 month old, was found around 4 a.m. in a courtyard outside the 115th Street apartment building, near a trash can in the Richmond Hill section.

EMS pronounced the child dead at the scene. He has been identified as Rizwan Ahmad and lived in the building. There have been no arrests and the investigation is ongoing.

The infant's mother, 21, was being questioned by police and taken to Jamaica Medical Center for observation. The preliminary investigation indicates he was possibly thrown from a fourth-floor window.

The infant's father is 40, and he and four other family members were in the apartment at the time. They also were interviewed.

No charges were immediately filed and the incident is under investigation.