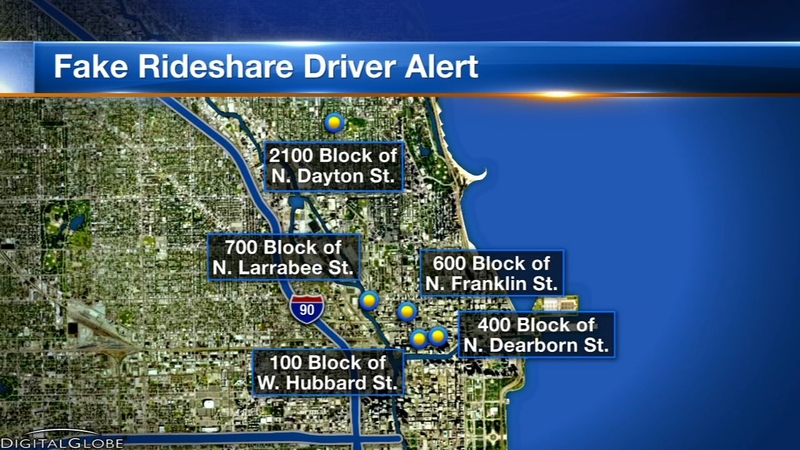 CHICAGO (WLS) -- Chicago police have issued an alert about a pair of robbers posing as ride-share drivers on the North Side.

Police said in each of the incidents, the victims entered the vehicles believing them to be ride-share vehicles and were then robbed by force or at gunpoint by two women.