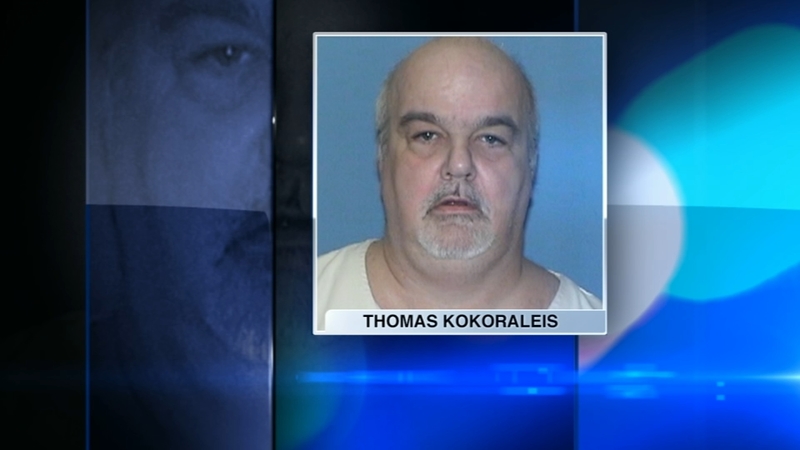 CHICAGO (WLS) -- A member of the so-called Ripper Crew, a satanic cult whose members sexually mutilated and killed women during the 1980s, is scheduled to walk out of prison at the end of March. Given that, loved ones of murder victim Lorraine "Lorry" Ann Borowski have a warning for the Chicago area community about Thomas Kokoraleis.

"We don't want him to hurt anybody else," said Mark Borowski, victim's brother. "Everybody needs to be aware that he's like a firecracker. He can go off at any time, and by the time somebody finds out it might be too late."

Kokoraleis is scheduled to be released from the Illinois River Correctional Center on March 29, 2019, according to a spokesman for the Illinois Prisoner Review Board. Borowski's brother and best friend are horrified he will walk free.

"We've exhausted every avenue that we could to try and keep him in jail," Mark Borowski said. "You have no power to do anything anymore to prevent anything else from happening. Now it's just a sit and wait and watch game."

Lorry Ann Borowski was reported missing on May 15th, 1982. Five months later, her body was found at the Clarendon Hills Cemetery. She had been abducted, raped and stabbed more than 80 times.

Because of a legal error, Kokoraleis got a second trial. He was allowed to plead guilty and was sentenced to 70 years. With good behavior, a day-to-day trade-off, he has only served half that time, 35 years, in prison.

"He will just walk out of prison - no ankle bracelet, no parole officer. Nothing. It's the worst nightmare you can ever imagine," said Liz Suriano, the victim's best friend.

Recently, DuPage County prosecutors re-examined the case and whether he could be declared to be a sexually violent person, which would keep him incarcerated.

"They worked so hard, so hard, and it just didn't work out," Suriano said. "So this is where we are today."