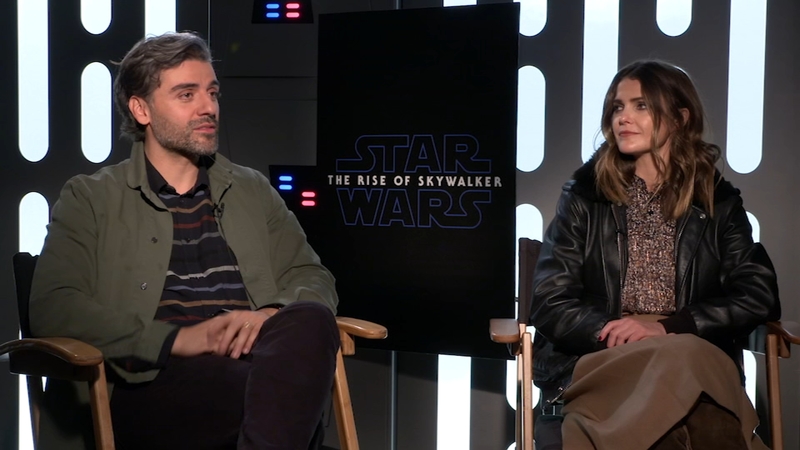 CHICAGO (WLS) -- The wait is almost over.

The third and final film in the Star Wars trilogy is officially opening Friday, but you can see it in Chicago Thursday night!

Fans get to reconnect with old favorites and some new ones that roam the universe.

ABC7 Chicago's Janet Davis sat down with two of the stars of "Star Wars: The Rise of Skywalker."

Actress Keri Russell was seen this week on a Star Wars premiere red carpet, but in the latest installment, her new mysterious character completely masked.

"Yes, no hair and makeup which was highly enjoyable," Russell said. "I loved the protection. I could see everyone but no one could see me."

"Originally he was this kinda a squeaky clean hero representative of the Resistance. A military man," Isaac said. "[In the] second one he was a frustrated, ambitious guy trying to figure out what to do, how best to win. And in this one feels like he's out of the cockpit. He's been united with his friends and just this source of relentless hope."

Isaac admitted he kept some keepsakes.

"Yeah, I kept my Dameron helmet, my blaster, my infinity scarf," he said.

"The Rise of Skywalker" is produced by Disney, the parent company of ABC 7.