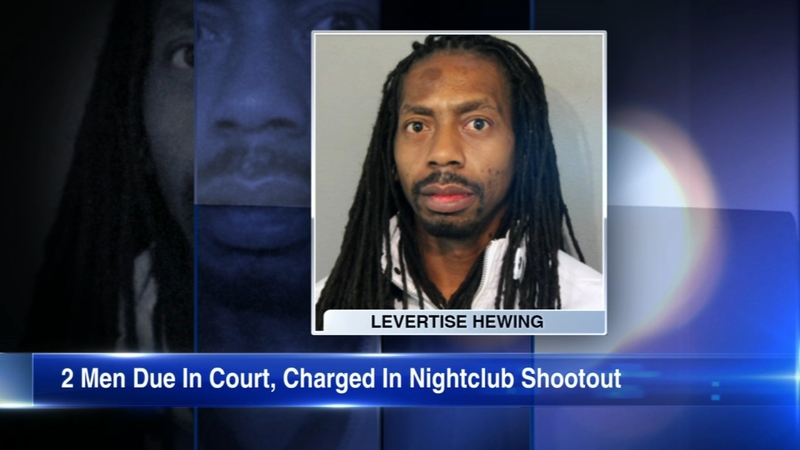 CHICAGO -- Two men are facing charges in connection to a confrontation outside a River North nightclub in which 40 gunshots were fired early Wednesday.

Levertise Hewing and Antione Davis are scheduled to appear for a bail hearing on Friday.

Hewing and Davis are accused of hitting officers and reckless conduct while they were stopped by police near the parking lot of the Cuvee nightclub in the 300 block of West Huron, Chicago police said. Neither man is facing a weapons charge.

A video of the encounter posted to social media shows a confrontation in the club's parking lot followed by a minute of gunfire. Police said no one was injured in the shooting.

Within a minute of the first shots, police were on scene at 3:13 a.m. and attempted to stop a fleeing vehicle.

Police said Davis, 36, was the driver of the vehicle that drove off against the officers' orders. He was arrested shortly after.

During the same incident, Hewing had a "physical altercation" with a sergeant, in which the sergeant was battered by Hewing, police said.

Hewing, 32, is charged with a felony count of aggravated battery to an officer, and two misdemeanor counts of resisting arrest and reckless conduct, police said.