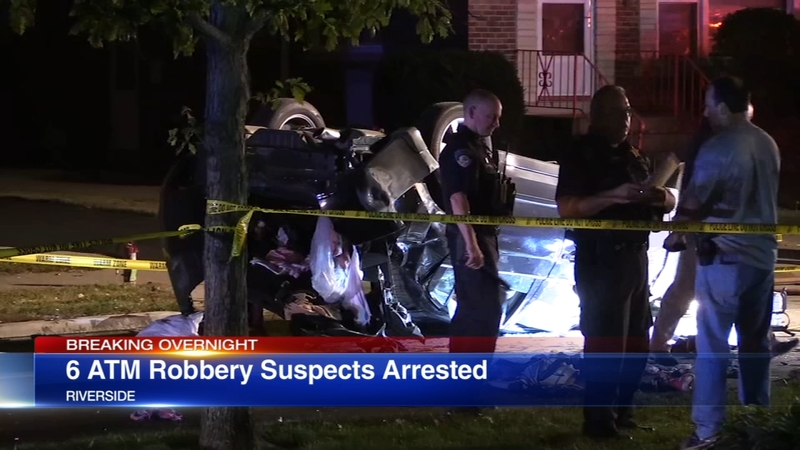 Police said the six people robbed an ATM at around 9:35 p.m. at a Bank of America at 3300 Harlem Avenue as a professional company was loading it.

Police located the suspects' vehicle and after a short pursuit during which officers were shot at, the suspects' car crashed into a tree, rolled and ejected some of the suspects, police said.

All six suspects were taken into custody and transported to local hospitals with non-life-threatening injuries. Several weapons were recovered as well as money.