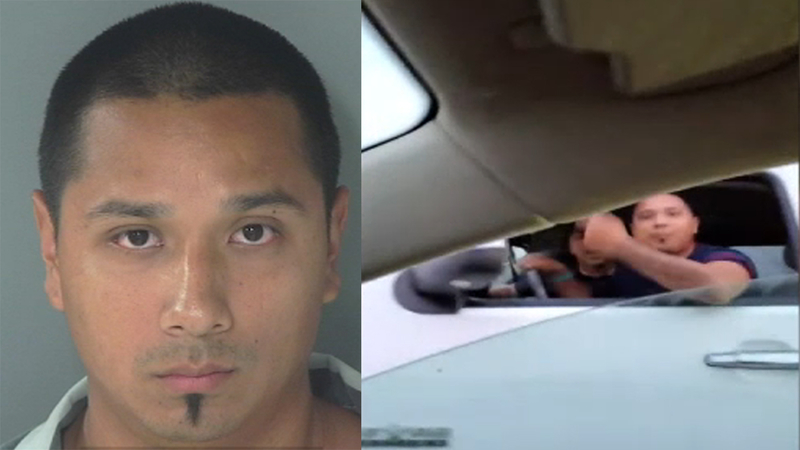 Driver terrorizes family in road rage incident on US-59

SPLENDORA, Texas -- A driver has been charged in a road rage incident that terrified a family with a baby in Splendora, Texas.

The driver, identified as Armando Montes, was captured slamming into the family's vehicle, where a one-and-a-half-year-old child was in the back seat.

Authorities say Lucas Martin and his girlfriend were headed to Livingston when Montes, who was in a white Tahoe, started tailing them.

"They started slamming on their brakes and coming around us and flipping us off and swerving towards us trying to knock us off the road," said Summer Rose.

Montes is seen slowing down, speeding up and making lewd gestures.

The couple says the scariest part about it was having their son in the back seat.

According to officials, Montes also hit a motorcyclist on the exit ramp. The motorcyclist was taken to Kingwood Hospital. He's expected to be okay.

Montes, 30, is charged with assault with a deadly weapon and endangering a child because his 7-year-old daughter was in the Tahoe at the time. His wife was also with them.