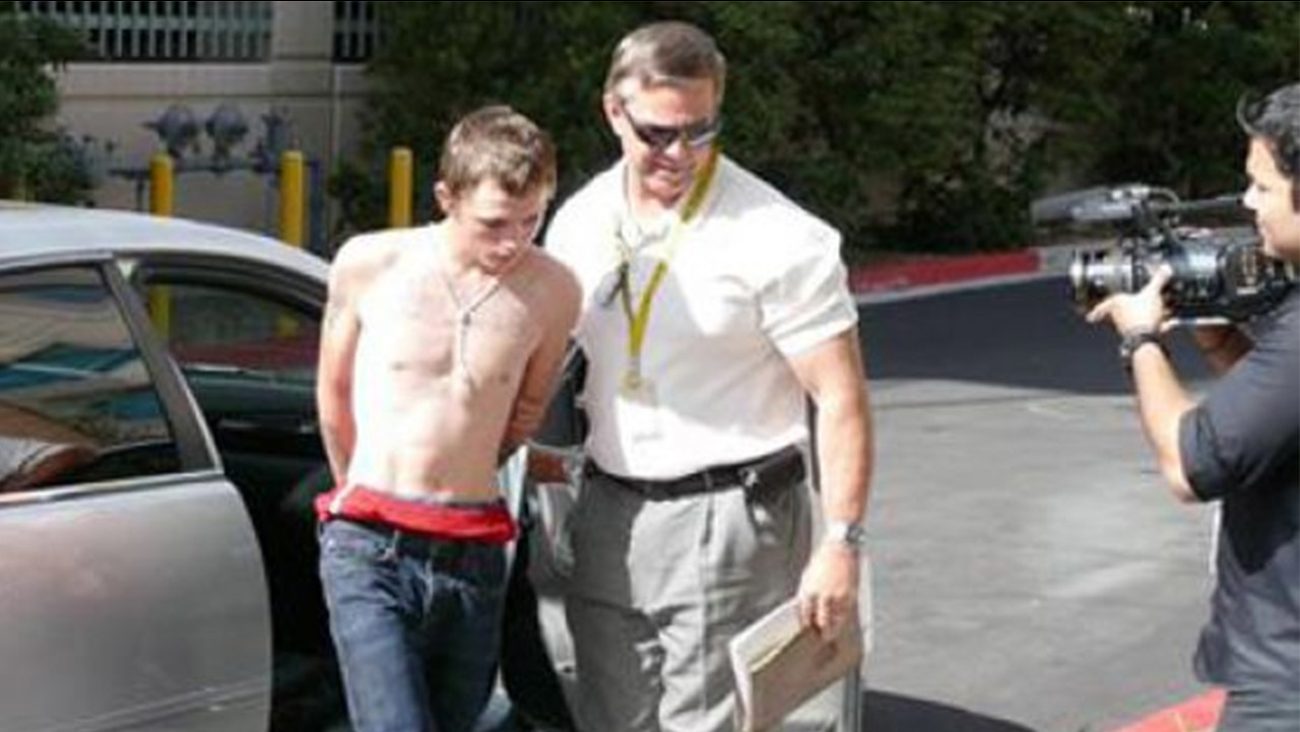 Las Vegas police tweeted this photo of an unidentified suspect being taken into custody in connection with a deadly road rage shooting. (Las Vegas Police Department)

Las Vegas police have arrested a suspect in the killing of a mother who was gunned down following a road-rage incident as the woman was giving her daughter a driving lesson.

Police Capt. Chris Tomaino said the suspect was arrested around 2 p.m. at a home about a block from where Tammy Meyers, 44, lived.

Meyers' husband showed up at the scene and attempted to cross the street in front of the house but he was held back by police. He then yelled, "There's the animal, a block away."

The suspect was being taken to police headquarters to be interviewed. It's unclear if the man was believed to be the shooter.

Earlier, SWAT teams had surrounded the home and authorities tried to contact him using a bullhorn to get him to surrender.

According to KTNV, the backlash started on Tuesday when police revealed new information about the events leading up to Tammy's death.

Police believe Tammy and her son followed the vehicle in the road rage incident, but turned away where they were followed to their own home, where Tammy was shot in the head. Police say that Tammy's son exchanged in the crossfire.

On Wednesday, Tammy's family confirmed that her husband posted a Facebook statement, which included "At this time I have shut down the GoFundMe account that I didn't start, a friend did. Everyone will get donations returned. I never said anything different than told. If all you people think I was a fraud and lied about facts, I'm truly sorry. I only ever said what was told to me," according to KTNV.

After the police released their updated report, criticism flowed in on social media "I'm reporting it to GoFundMe. So many lies from the family," one commenter wrote. "Do not give your money to these thugs until you read what we know in the news," wrote another, according to KTNV."

"Am I the only who's glad she got shot in the head in front of her degenerate (expletive) son? I bet up until that day he was always bragging what a good shot he was," one commenter wrote on GoFundMe.