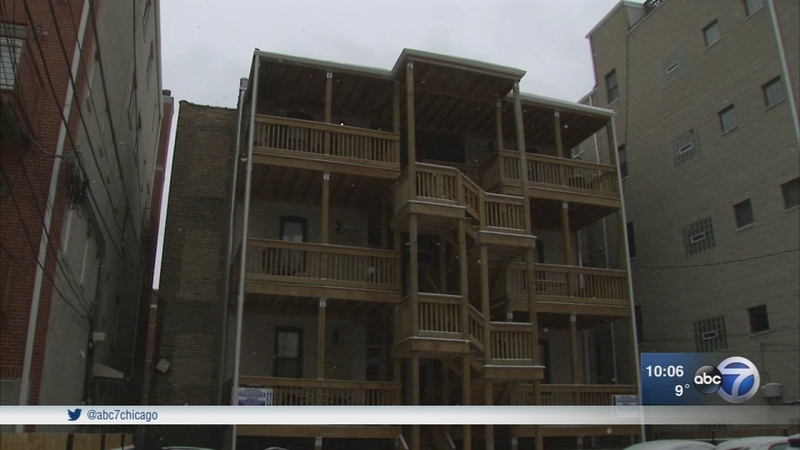 Neighbors are on edge after a violent attack in Wrigleyville early Saturday morning.

Chicago police issued an alert in the Wrigleyville area on the North Side after an attempted sexual assault.

Investigators said a 26-year-old woman was walking eastbound on Cornelia from Sheffield at approximately 1 a.m. when a man grabbed her from behind and pushed her into an alley in the 3600 block of Wilton.

The man demanded money before he pushed the woman down a flight of stairs onto an apartment porch and pulled down his pants, officials said.

Police said the man tried to make the woman to perform a sex act, but took off when the residents of the apartment showed up.

"The police station, Wrigley Field is right there. It's just like an area you just, where you just don't expect something like to happen," Robert Lock said.

The suspect is described as a black man in his 20s with a thin build. He was wearing a red jacket with a white stripe and baggy jeans.

Police returned to the apartment Sunday looking for clues the man may have left behind. The woman did not suffer any serious injuries.

Area residents said they won't be able to sleep well until an arrest is made.

"It makes me scared for other women in my area, and it reminds me to be more on alert," Emily Gavin said.