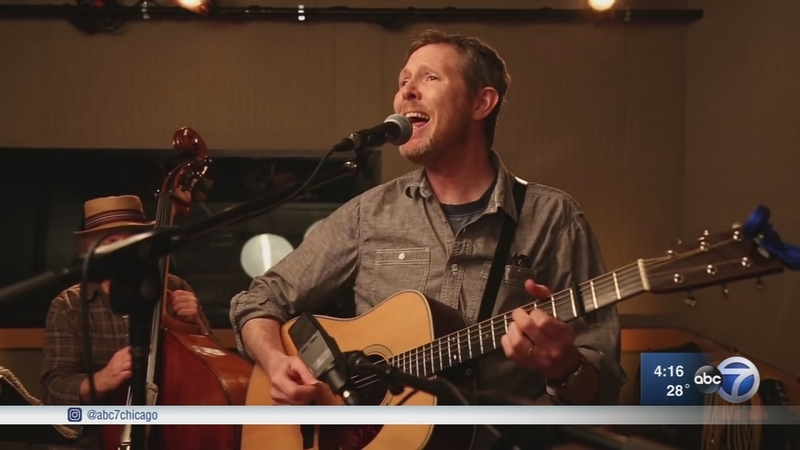 WILMETTE, Ill. (WLS) -- Robbie Fulks, a musician who lives in north suburban Wilmette with his family, is having a great year. His latest album was ranked one of the year's best by Rolling Stone magazine and he received two Grammy Award nominations.

"I got the news I was one of the five nominees in both of these categories, Best American Roots Song and Best Folk Album of the Year, as I was pulling into the local gym. I was heading to my swimming class and I couldn't quite absorb it.

I wanted to brag about it to my swimming teacher and I thought, I can't just brag to perfect strangers about what just happened," Fulks said.

Fulks is no overnight sensation. He's been writing and performing for decades, with ten solo albums put out by Chicago's Bloodshot Records. On average, he performs 130 days locally and on the road.

Born in Pennsylvania, Fulks' first job in Chicago was teaching guitar at the Old Town School of Folk Music. Tina Fey was a student.

"She was doing a sketch at Second City back in 1995 and she needed to know how to play the guitar. She came into Old Town and you know, a regular Saturday morning class. We got acquainted and that's lasted through the years," Fulks said.

"Upland Stories" is about coming of age in the 1960s and 1970s and the struggles of everyday life. If a grammy is won... what changes for this troubadour?

"The basic job is writing songs and making records. It's always been challenging. Having an award - or having recognition - that's great. But I think the hard work is still alone in a room, writing the songs, driving to the gig. All that stuff doesn't change," Fulks said.