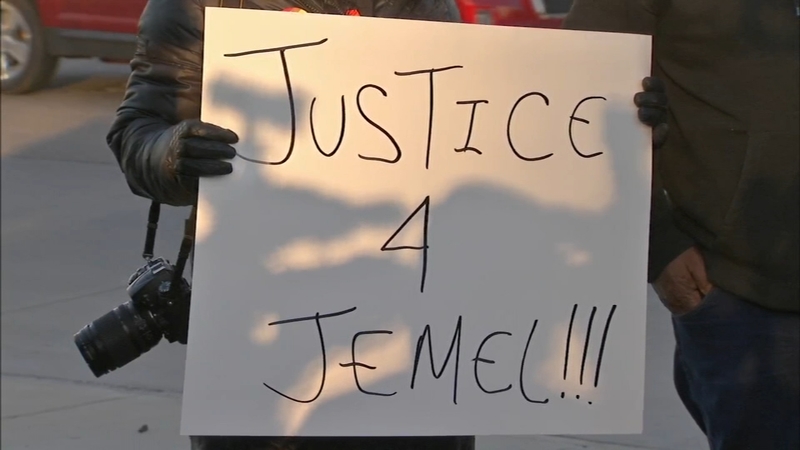 MIDLOTHIAN, Ill. (WLS) -- A group of demonstrators protested Tuesday outside the Midlothian Police Department following the police shooting of a nightclub security guard.