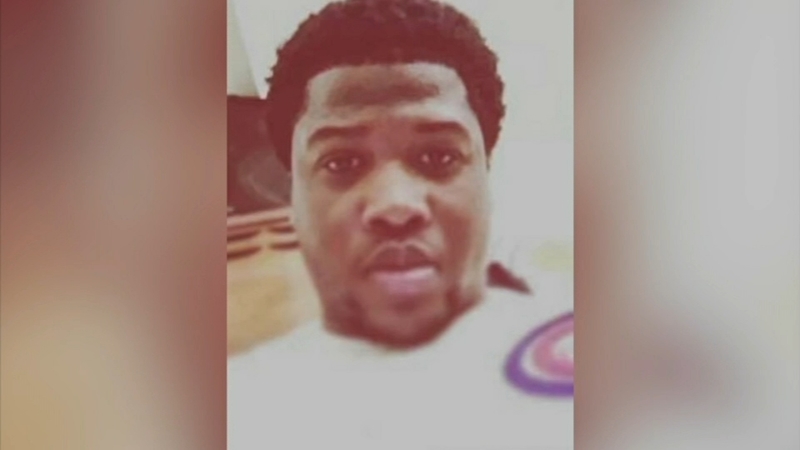 MIDLOATHIAN, Ill. (WLS) -- It's been just over a month since Jemel Roberson was killed in a police shooting while working security at a bar in Robbins, but there haven't been many answers into how or why this happened.

"The fact that they think that the dust has settled, that the funeral is over with, we're not done. We're just starting," Stringer Harris, an activist for the group Justice for Jemel, said Wednesday night as activists and others confronted the mayor and the police chief.

Roberson was 26 when he was killed. He was a father and hoped to become a Chicago police officer.

He was working security at Manny's Blue Room Lounge in Robbins when a shooting broke out. Illinois State Police said Roberson was holding the shooter down when a responding Midlothian officer shot him after ordering Roberson to put his gun down.

"We have not forgotten Jemel Roberson. He continues to weigh heavy on all of our hearts and minds," said Mayor Gary L'Heureux.

Illinois State Police is investigating the use of force and claimed that Roberson didn't have any markings to identify him as a security officer. That's been disputed by his family.

The unidentified officer who shot Roberson remains on administrative leave. Roberson's family has filed a lawsuit against the Midlothian Police Department and protests have been held calling for the officer's dismissal.

Midlothian Police have not made the name of the officer public. The mayor said Wednesday that the village could not do so because of pending court proceedings related to that naming issue.

"Let's make a deal. That's what government and politics is all about," said activist Jedidiah Brown on Wednesday. "We'll go get the person that shot into the club. Just acknowledge the officer that made the bad decision."

More than four weeks after the incident, no one has been charged in connection with the initial gunfire that brought police to the bar. Last month, the Cook County Sheriff's Department released images of three men wanted for questioning but they have not been identified.