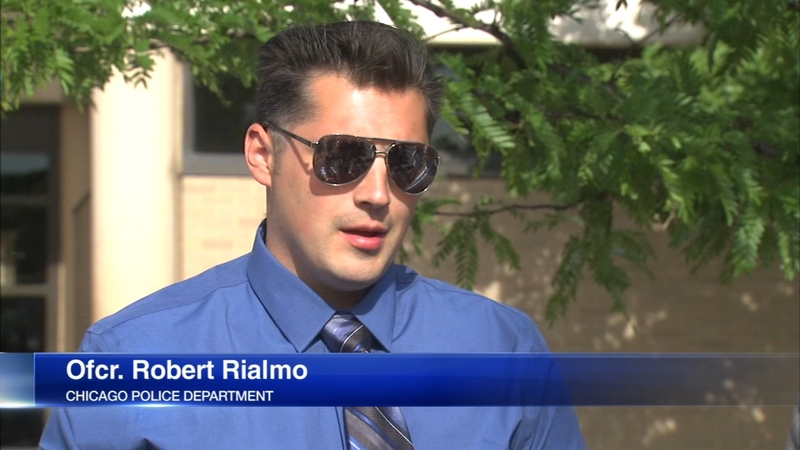 CHICAGO (WLS) -- Days after he was found not guilty on battery charges for a bar fight last December, Chicago Police Officer Robert Rialmo became involved in an altercation at a bar Friday, police said.

A CPD spokesperson confirmed that the 29-year-old officer was at the pub at around 3:40 a.m. when a verbal altercation between Rialmo and at least two other men turned physical 3inside the bar after someone spilled beer on the embattled officer.

Patrons told investigators that all the men including Rialmo were kicked out of the pub, but ended up being involved in another confrontation down the street outside a taco restaurant. Rialmo was not on duty.

Friday afternoon, authorities continued to investigate as they look at surveillance video from the security cameras of nearby businesses as well as try to locate possible cellphone video of the fight. A police spokesperson said Rialmo took a breathalyzer test and blew a zero.

"One gangster charged at Rialmo...then the other gangster started taking cell phone video of Rialmo," said Rialmo's attorney Joel Brodsky. "Officer Rialmo tried to stop the gangster from taking his picture, and then called 911. When other officers arrived as a result of Officer Rialmo's 911 call, the gang bangers came back shouting gang slogans and flashing gang signs at Rialmo and the officers, which was captured on the officers' body cameras. Officer Rialmo is considered the victim of an attack by street gang members."

Most recently, Rialmo was the subject of a civil lawsuit over his fatal shootings of 19-year-old Quintonio LeGrier and 55-year-old Bettie Jones on the city's West Side in December 2015. A jury found he was justified in his use of force.

Chicago Police Superintendent Eddie Johnson rejected the finding of the Civilian Office of Police Accountability or COPA that Rialmo was "not justified" in using deadly force. He remains on paid desk duty and will learn from the police board if he can keep his job.