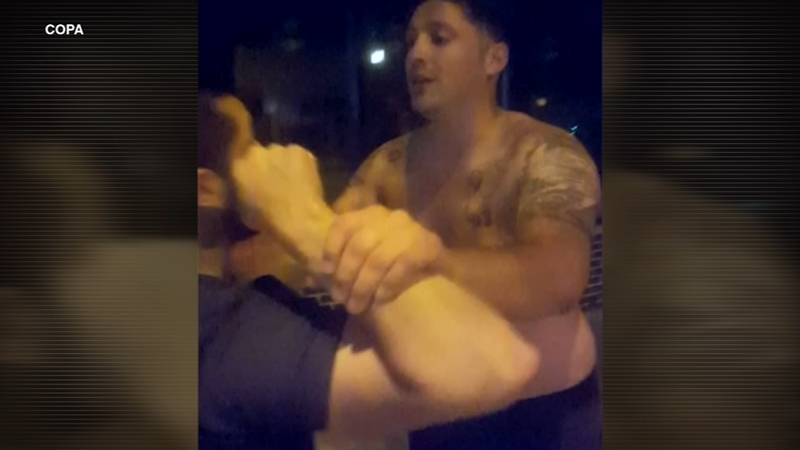 CHICAGO (WLS) -- The Civilian Office of Police Accountability (COPA) has released video showing part of the fight that spilled out of a bar involving embattled Chicago police Officer Robert Rialmo.

Days after he was found not guilty on battery charges for a bar fight last December, Rialmo became involved in an altercation at a bar on July 13, police said.

All of the men were kicked out of the bar. They then got into another fight down the street.

Rialmo's attorney says he was targeted.