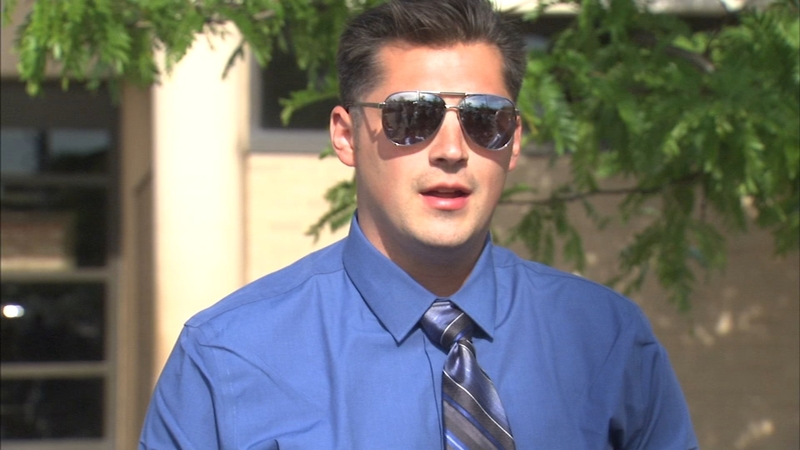 Judge Daniel Gallagher issued the ruling after spending approximately an hour reviewing surveillance video. Gallagher said the state did not prove its case beyond a reasonable doubt.

Rialmo was charged with two counts of misdemeanor battery for punching Brandon Stassen and Atmiya Patel while he was off-duty during the 2017 altercation. Patel said Rialmo became angry over a mix up over a jacket.

"The video shows Mr. Patel trying to take my property and me just telling him, 'Hey, that's not your stuff. Leave me alone, buddy. Get out of here,'" Rialmo said.

The punches came after this verbal altercation.

Prosecutors called it a bar attack, not a bar fight, and said Rialmo's actions were disproportionate to the circumstances.

"I didn't go out that evening to get into an altercation with anybody. I was forced to take action to defend myself and my property, so I'm pleased with the verdict," Rialmo said after the trial.

"I just would hope that people now realize not to jump to conclusions, and decide cases based on the facts and not what you'd like them to be, but what they actually are," said Rialmo's attorney, Joel Brodsky.

The verdict follows a civil trial in which a jury found Rialmo was justified in his use of force when he shot and killed Quintonio LeGreir while on duty in 2015. LeGrier's neighbor, Bettie Joes, was also killed in that incident.