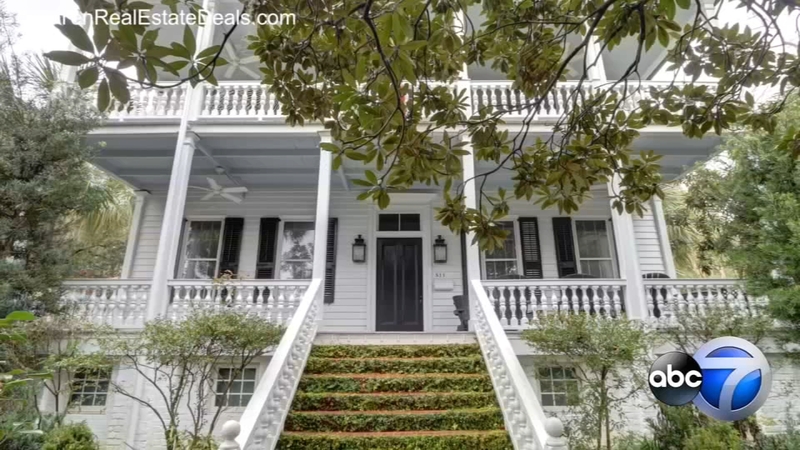 BEAUFORT, S.C. (WLS) -- A southern plantation house in Beaufort, South Carolina that was named "HGTV's Favorite Historic Home" in 2018 is for sale.

The Robert Smalls House, built in 1834, features two-story wide front porches that overlook a half-acre of lush formal gardens filled with the scent of night blooming jasmine and gardenias.

The home is named for Robert Smalls, who was born a slave in 1839 in Beaufort. He gained his freedom during the Civil War by impersonating the captain of an armed confederate transport ship and sailing her into the hands of the Union Navy. Referred to as a hero in the North and a traitor in the South, Smalls later returned to Beaufort and was elected to the U.S. House of Representatives.

The 4,200-square-foot, four-bedroom, three-bath home is located on a peninsula surrounded by the Beaufort River near the city's business district.

The home was listed for sale at $1.49 million and is now under contract, according to listing agent Bonnie Krstolic of Cora Bett Thomas Realty & Associates in Beaufort, South Carolina.

The Robert Smalls House was designated a National Historic Landmark in 1974.