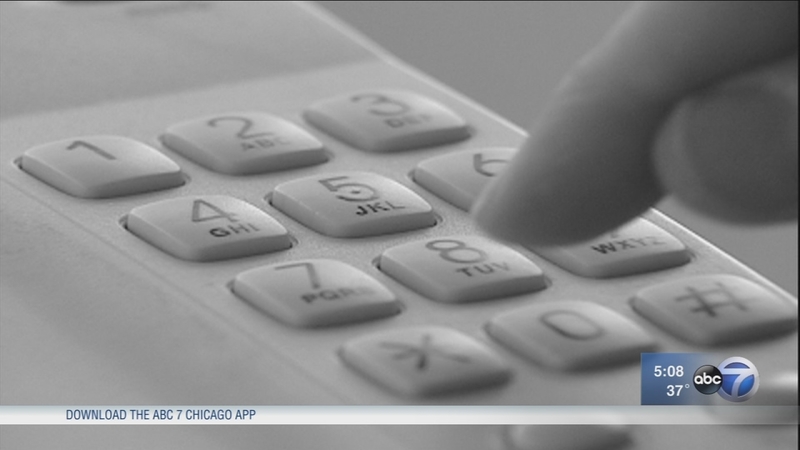 CHICAGO (WLS) -- It's the No. 1 complaint to the Federal Trade Commission: annoying robocalls, where callers may be scamming you or trying to sell you something.

There are several apps out now claiming to stop these calls, and one tech company now says it can actually measure the number of robocalls - even telling you the top 10 "robo-offenders" in your area code.

Some can be scams, like a call saying you've won a dream cruise. The computer-generated calls could have an automated voice on the other end- or they may connect you to a real person.

"When a bad guy calls you, a robocaller calls you, we don't let your phone ring and we play the out-of-service message to them. So what that does is it fools them into thinking your number is out of service and they stop calling," said Alex Quilici, CEO, YouMail.

YouMail says its service and others offer free robocall blocking. Other apps like Nomorobo, Hiya, and RoboKiller also identify, filter, or stop those calls on your smartphone. You can also register with the FTC's Do Not Call List.

KNOWLES: If you are a scammer in India pretending to be from the IRS, do you care if a number is on the Do Not Call List?
QUILICI: It just doesn't matter.

YouMail's website also ranks robocalls by location. When searching under the 312 area code, the No. 1 result is Chicago Public Schools - legitimate calls to keep parents informed. The rest of the top 10 includes plenty of debt collectors, like American First Finance and Exeter Finance Corp. There was also a number that YouMail calls a "bank scam."

In a search of the 773 area code, an unknown service offered a fast loan.

"Do you have a direct deposit?" the recording said. "Are you interested in a car title loan and you own your car free and clear."

The I-Team called all of the "robo-offenders" for comment and none of them got back to us.

The FTC shared a helpful link with more information on how to stop those calls.

The Federal Communications Commission website contains information about services you can use to help block unwanted telemarketing calls, depending on what type of phone service you have and who your provider is: https://www.fcc.gov/unwanted-calls.

The wireless industry (CTIA) also has extensive lists of call blocking apps that consumers download depending on what type of phone/operating system you have: http://www.ctia.org/consumer-tips/robocalls